Merregnon: Land of Silence presents the wonder of the symphony to a whole new audience. 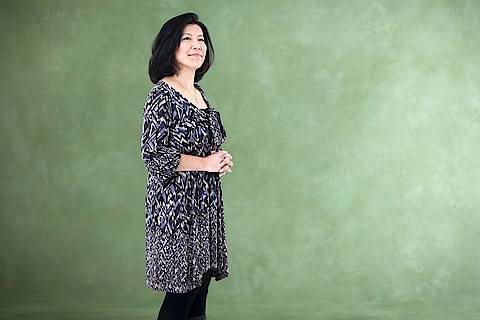 Merregnon: Land of Silence is a brand new symphonic fairy tale from Merregnon Studios, the company behind the critically acclaimed and world-touring Final Symphony and Symphonic Fantasies concert series. Featuring original music by internationally renowned composer Yoko Shimomura and a story by popular German children’s author Frauke Angel, Merregnon: Land of Silence will take listeners on a magical journey of musical adventures when it premieres in Stockholm, March 9, 2021 at the Konserthuset Stockholm, with the Royal Stockholm Philharmonic Orchestra.

Created especially for younger people and families, Merregnon: Land of Silence follows in the tradition of timeless classics such as Prokofiev’s Peter and the Wolf and Saint-Saens’ Carnival of the Animals. It tells the story of orphan Miru who, along with her childhood friend Hikito and faithful dog Mako, set out on an unforgettable adventure to discover what ails the mysteriously, silent land of Merregnon. Performed through music, narration and beautiful illustrations, Merregnon: Land of Silence presents the wonder of the symphony to a whole new audience.

At the heart of Merregnon: Land of Silence, are the melodies. Bringing the characters to life in the concert hall are the distinctive melodies of Japanese composer, Yoko Shimomura. Known for her work on multi-million selling video games such as Kingdom Hearts and Final Fantasy XV, Shimomura already boasts legions of fans around the world and holds the honour of being the highest placed female composer ever in the Classic FM Hall of Fame, the world’s largest annual poll of classical music tastes.

“It has always been a goal of my work as a producer to convey the beauty and power of orchestras,” explains Merregnon Studios’ founder and creator of the show, Thomas Böcker. “It’s hugely exciting to develop a brand new concert from scratch, particularly something that is accessible for a wide audience. I’m fortunate to have had the creative help of some of the most talented individuals from the worlds of music, art and storytelling, and I’m indebted to the Royal Stockholm Philharmonic Orchestra for the faith it has shown in actively seeking to premiere the show. Merregnon: Land of Silence has been a project of passion long in the making and I hope that children and their parents will enjoy it now and for many years to come.”

“It’s a great honour to be asked to compose for an orchestra, and I’m particularly pleased and excited to be involved in the Merregnon: Land of Silence project,” said composer Yoko Shimomura. “Creating something that children and young people will enjoy is always a rewarding challenge, and together with the charming story and beautiful artwork I hope we will inspire a brand new generation of orchestral and classical music fans.”

Further information about Merregnon: Land of Silence can be found at www.merregnon.com.