Final Symphony is a concert series officially licensed by Square Enix, featuring symphonic music from the video games FINAL FANTASY VI, VII and X, originally composed by Nobuo Uematsu and Masashi Hamauzu. The director and producer of the world tour is Thomas Böcker.

In May 2013, Final Symphony was premiered in Germany by the Wuppertal Symphony Orchestra, conducted by Eckehard Stier. In the same month, the UK premiere of Final Symphony took place with the London Symphony Orchestra, marking the orchestra’s first ever performance of music from video games. Subsequent concerts have been performed in Japan, Denmark, Sweden, Finland, the Netherlands, the USA, New Zealand, China, Austria and Australia.

2015 saw the global, digital launch of the Final Symphony album, hitting the number 1 spot on the iTunes Classical Charts in more than ten countries and entering the Classical Album Top 5 of both the Billboard Charts and the Official UK Charts. It was recorded by the London Symphony Orchestra at Abbey Road Studios.

The exclusive arrangements for Final Symphony are by Jonne Valtonen, Roger Wanamo and Masashi Hamauzu.

“It's not always easy to surprise an audience, but Final Symphony is sweet revenge on everyone
who thought we already heard the best from Nobuo Uematsu’s tunes.”
LEVEL

“Finland's first performance of Valtonen's, Wanamo's and producer-guru Thomas Böcker's concert series was a triumphant march of gaming and music through and through.”
Dome

“With Final Symphony, Böcker, Valtonen and Wanamo, together with the Wuppertal Symphony Orchestra under the leadership of Eckehard Stier, have achieved their crowning work up to now.”
M! Games

“Final Symphony isn’t just another Final Fantasy concert. The concept genuinely changes what to expect from video game music. As such it’s a standalone work of art.”
Jutland Station

“Yes, these demanding and virtuoso pieces can be considered as very high quality contemporary music. Yes, the artistic quality of the concert was worth the prestige of the venue and the superb orchestra we were treated to that evening. In this regard, the Merregnon Studios concert series remains unrivaled in the world.”
Musicaludi

“The arrangers have taken it a step beyond. They've reimagined the music, allowing it to stand on its own two feet, so that you could hear it completely independently of the game, and still get a sense of scale and journey.”
The 405 Music and Culture Magazine

“Böcker and his team retake elements of past concerts to expand and refine them, and the results are arrangements of the highest quality, that can and should be appreciated both by those who know the original compositions and by
fans of orchestral music in general.”
Hadouken

“Playing perfectly under the rousing baton of Eckehard Stier, the Wuppertal Symphony Orchestra interpreted the compositions of the Japanese composers brilliantly. Even those unfamiliar with planet Gaia and the Lifestream couldn't help but be touched emotionally by the music, such was the perfect, jubilant finale.”
Westdeutsche Zeitung

“Final Symphony is not only an accomplishment for video game music, but it is a showcase that music, any music, can truly be transformed into worlds that the listener can travel within.”
Original Sound Version

“I recommend the concert not only to fans of the music from Final Fantasy, but also to those who want to get acquainted with video game music, regardless of whether they had prior contact with it or not.”
GameMusic.pl

“The sophisticated concept of reflecting the stories of the games through music makes Final Symphony a unique entry to the series of concerts. Connoissuers of the games felt completely at ease with the demanding and creative reinterpretation of the music.
This is what a successful anniversary looks like.”
campus-web

“It was an absolutely fantastic concert. The people involved once again proved to possess a high amount of skill and professionalism as well as intimate knowledge and understanding of the source material.”
The Lifestream 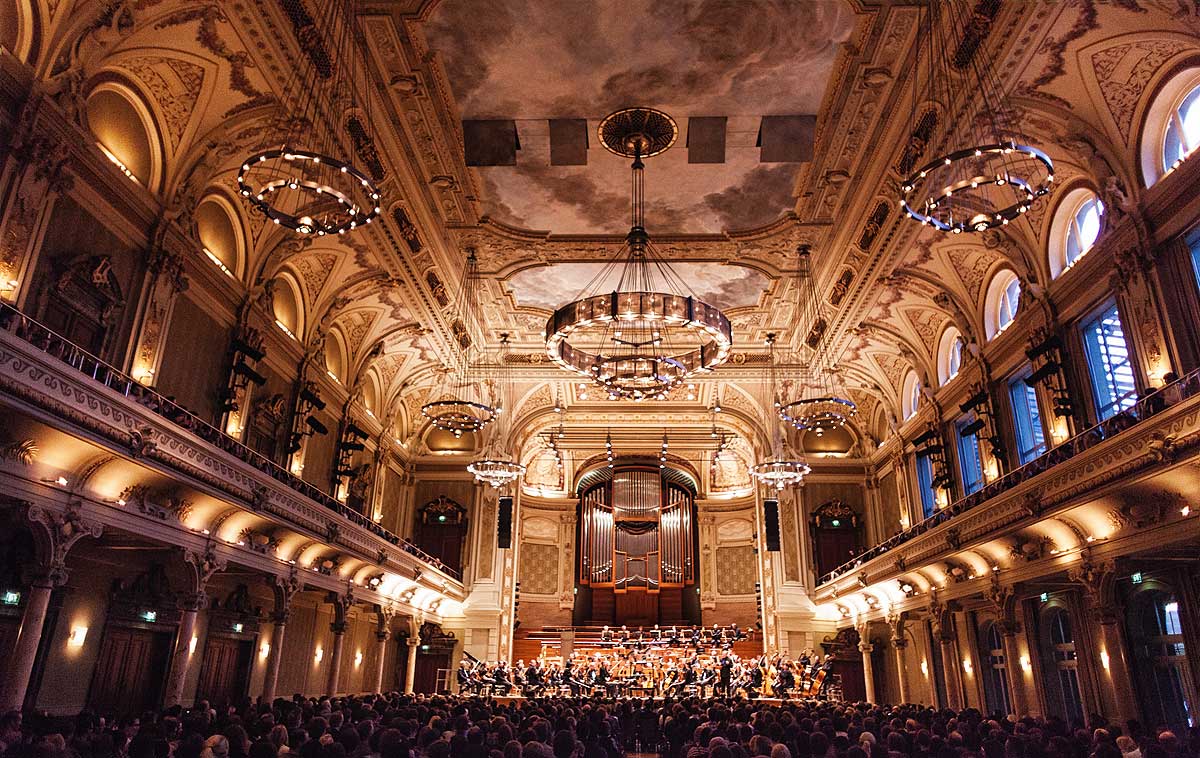 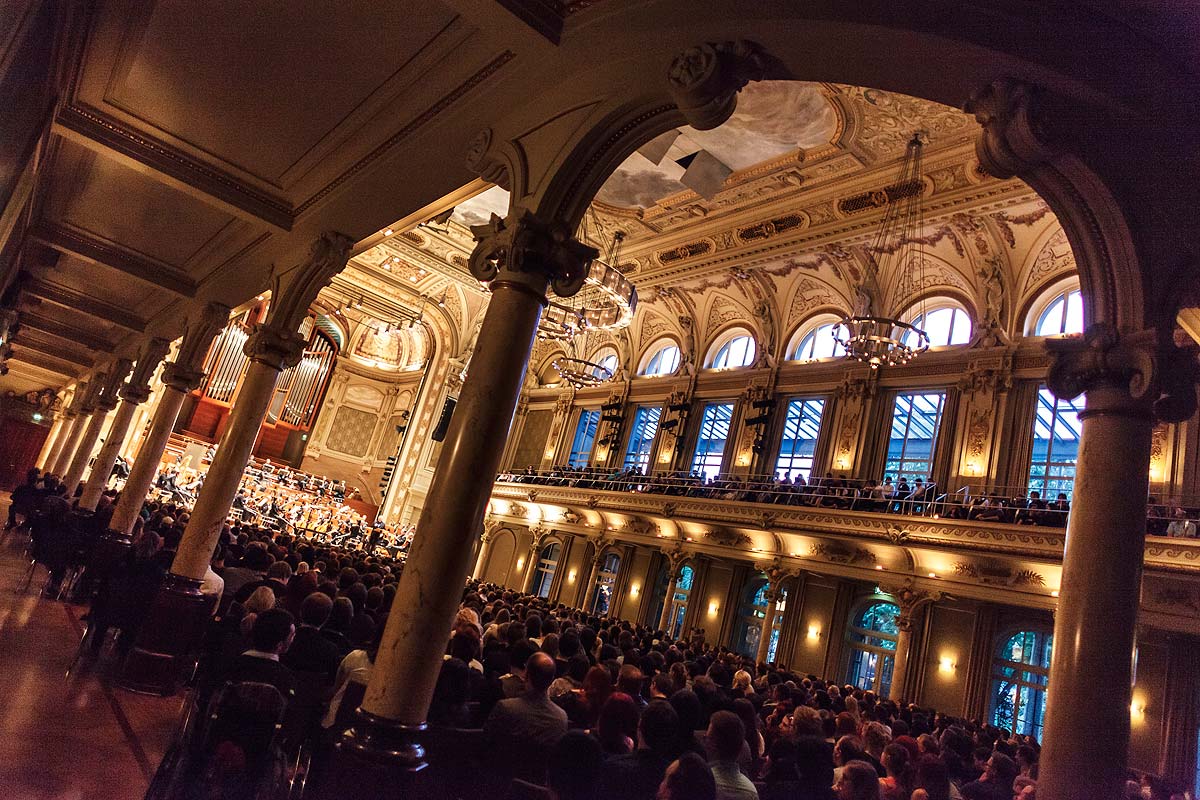 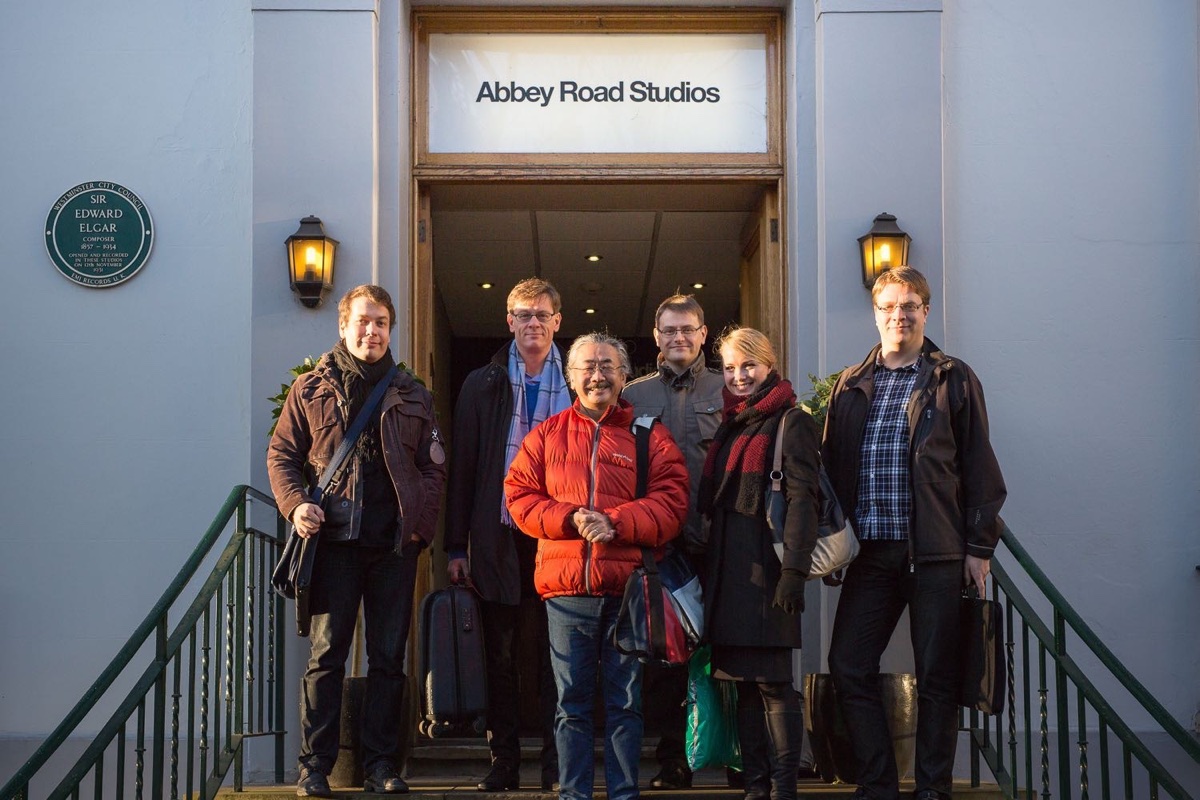 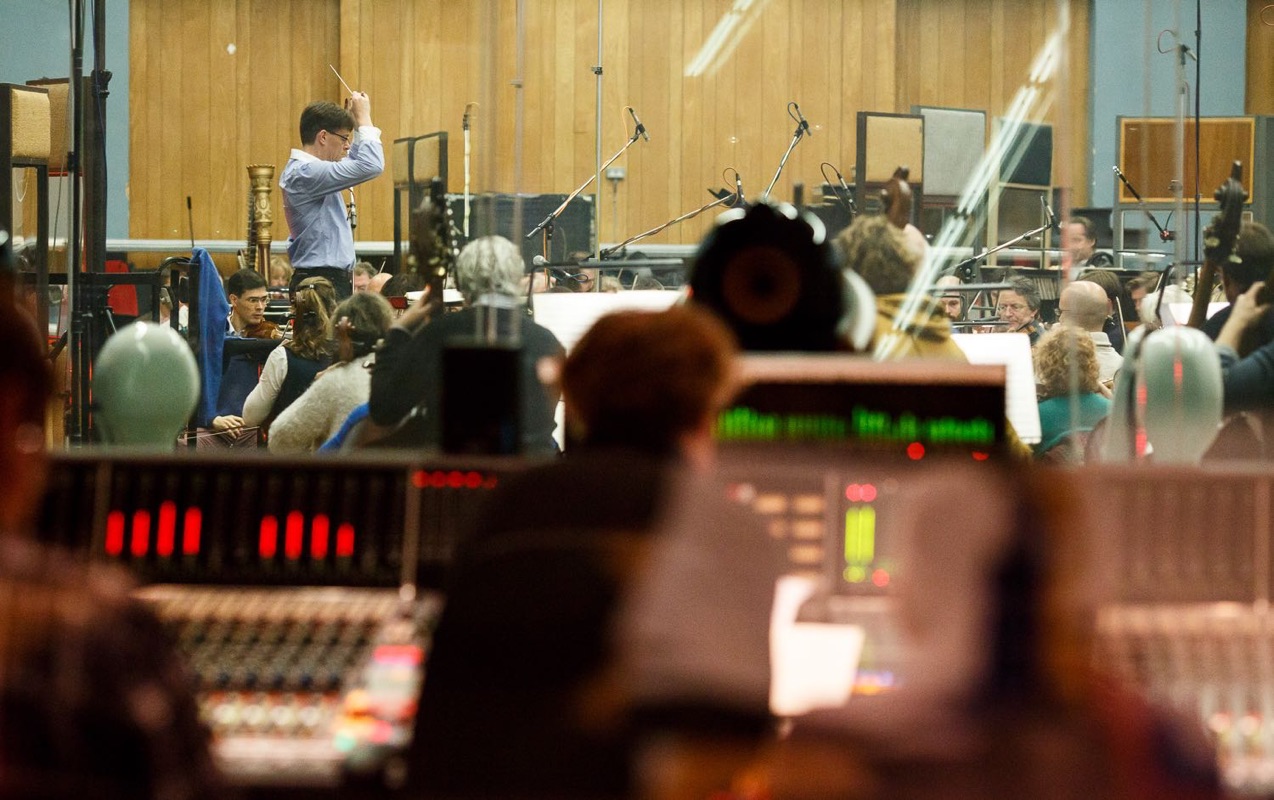 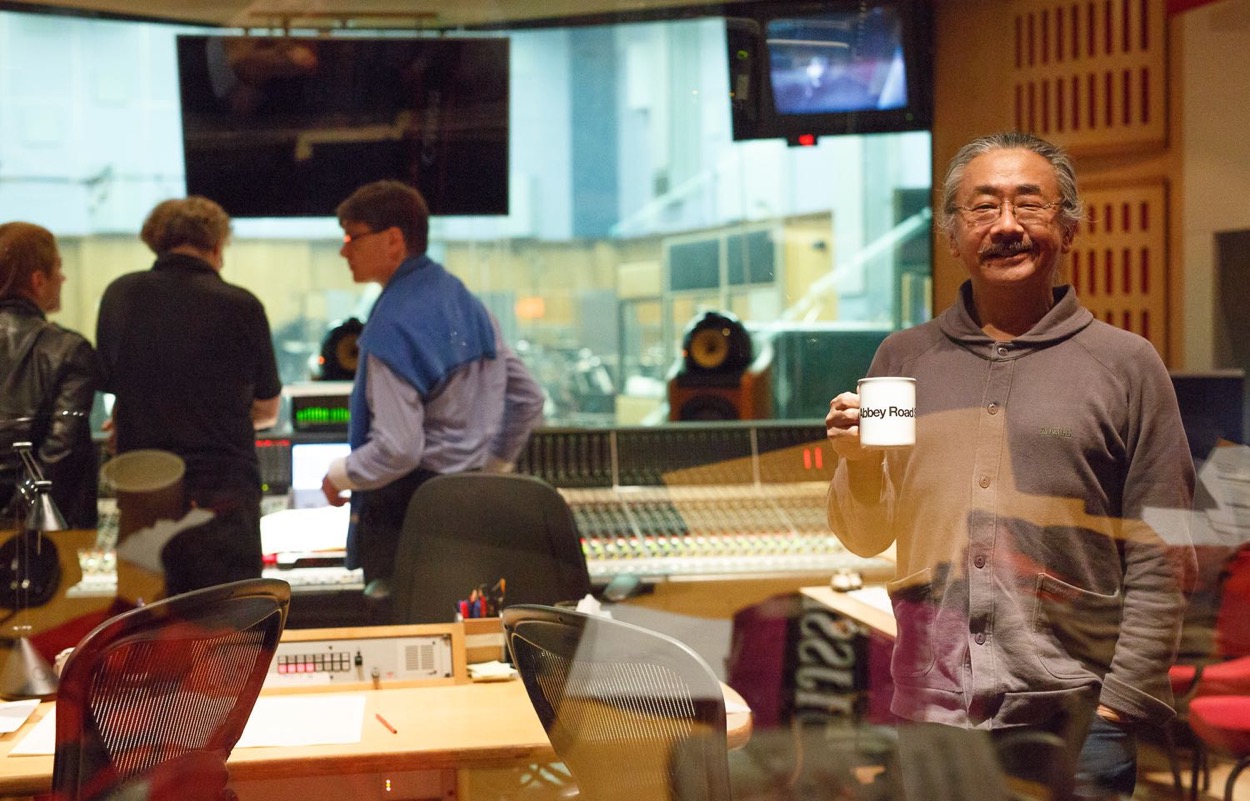 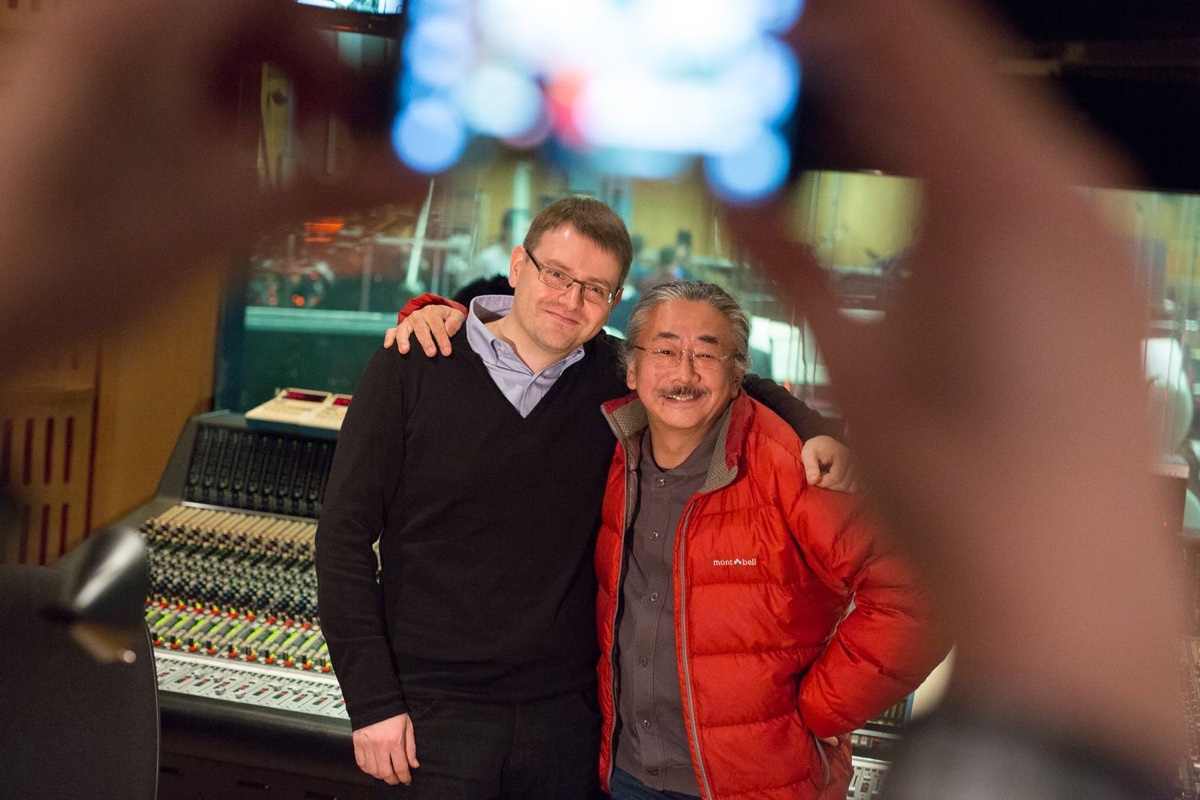 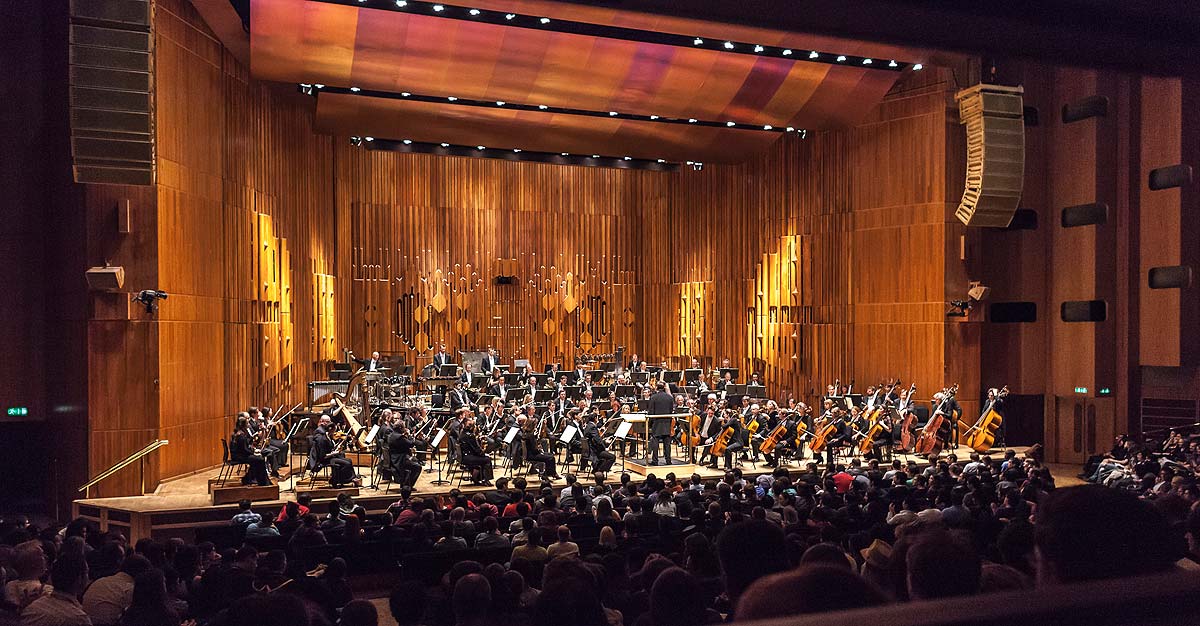 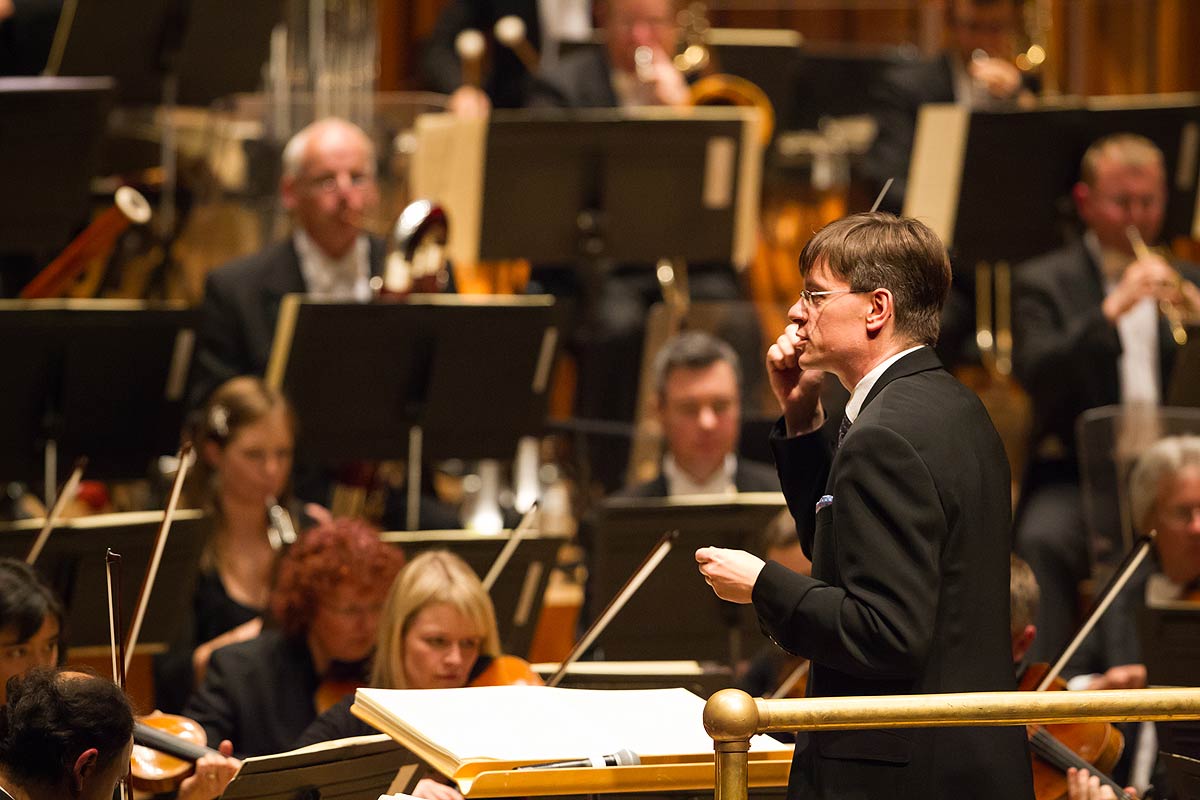 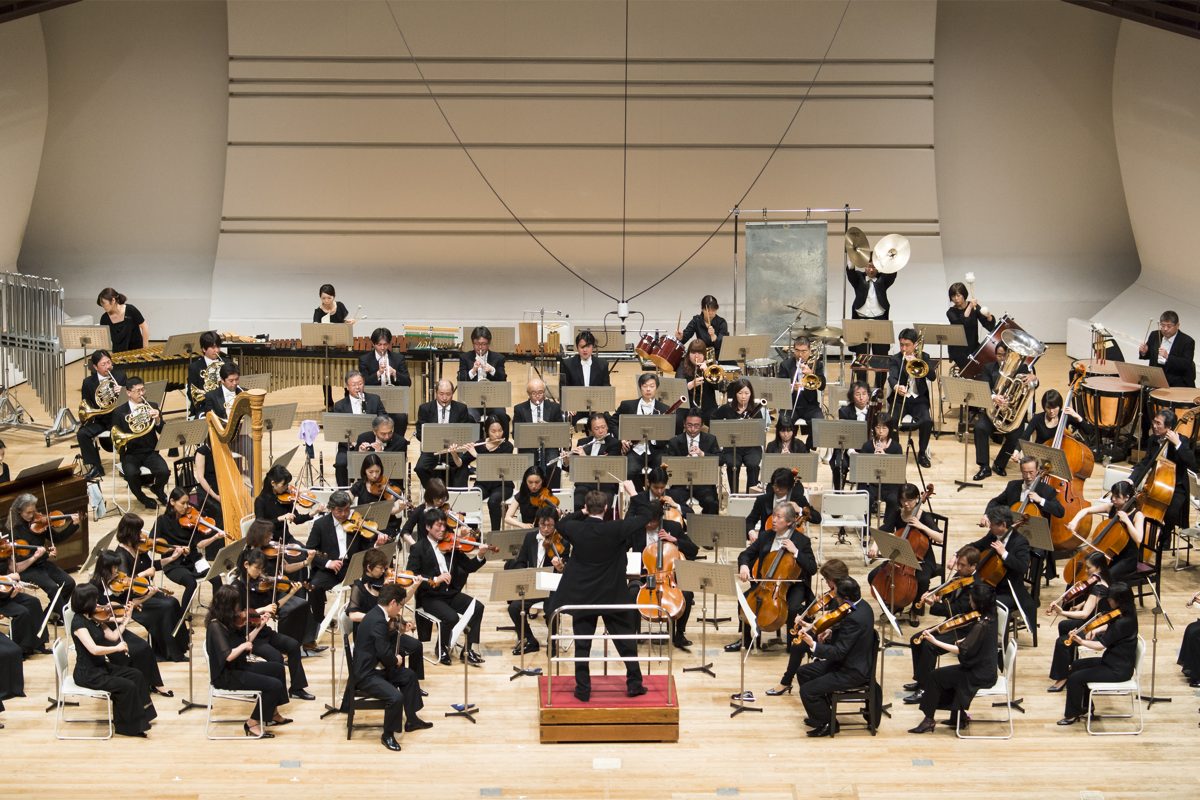 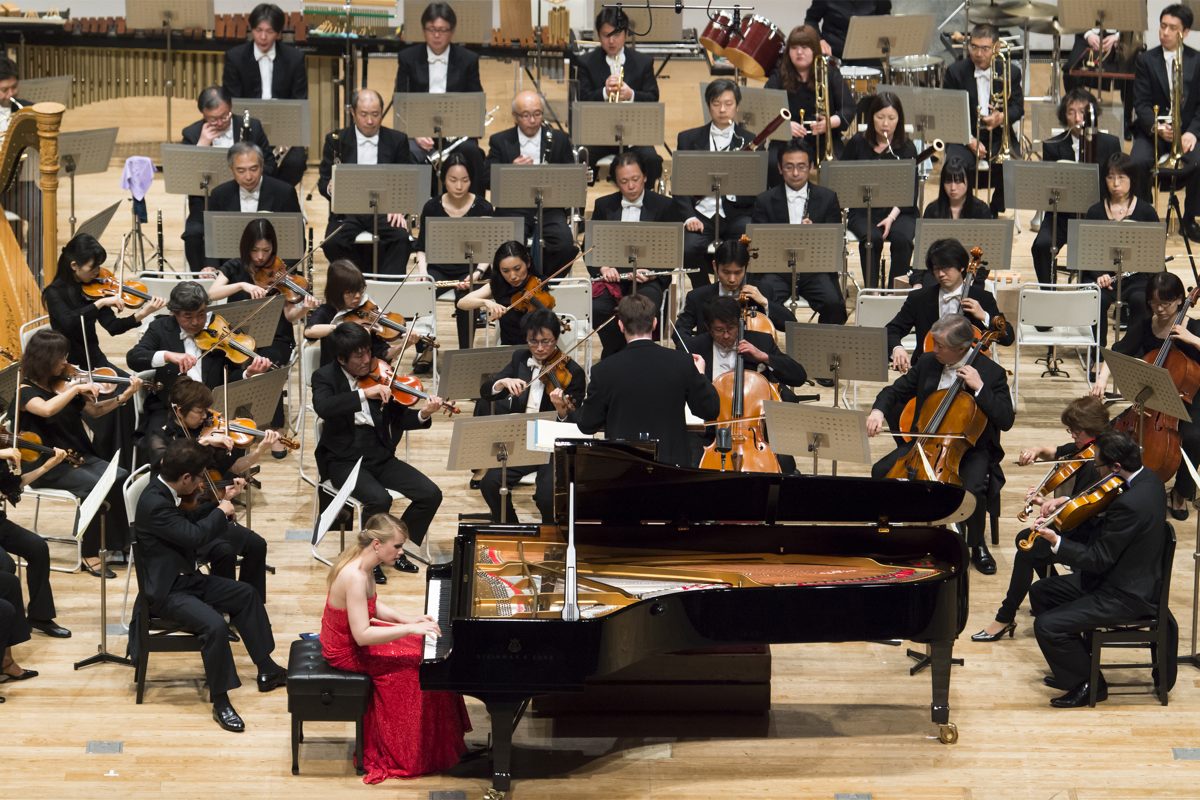 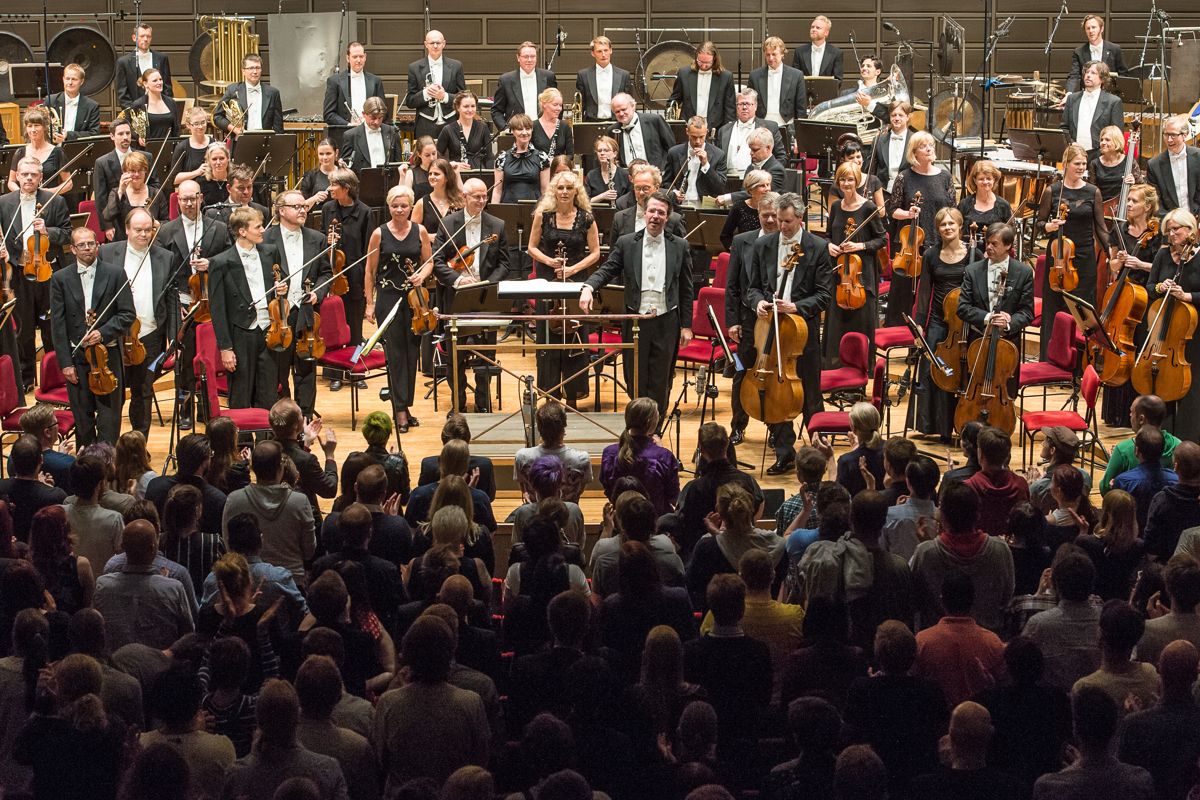 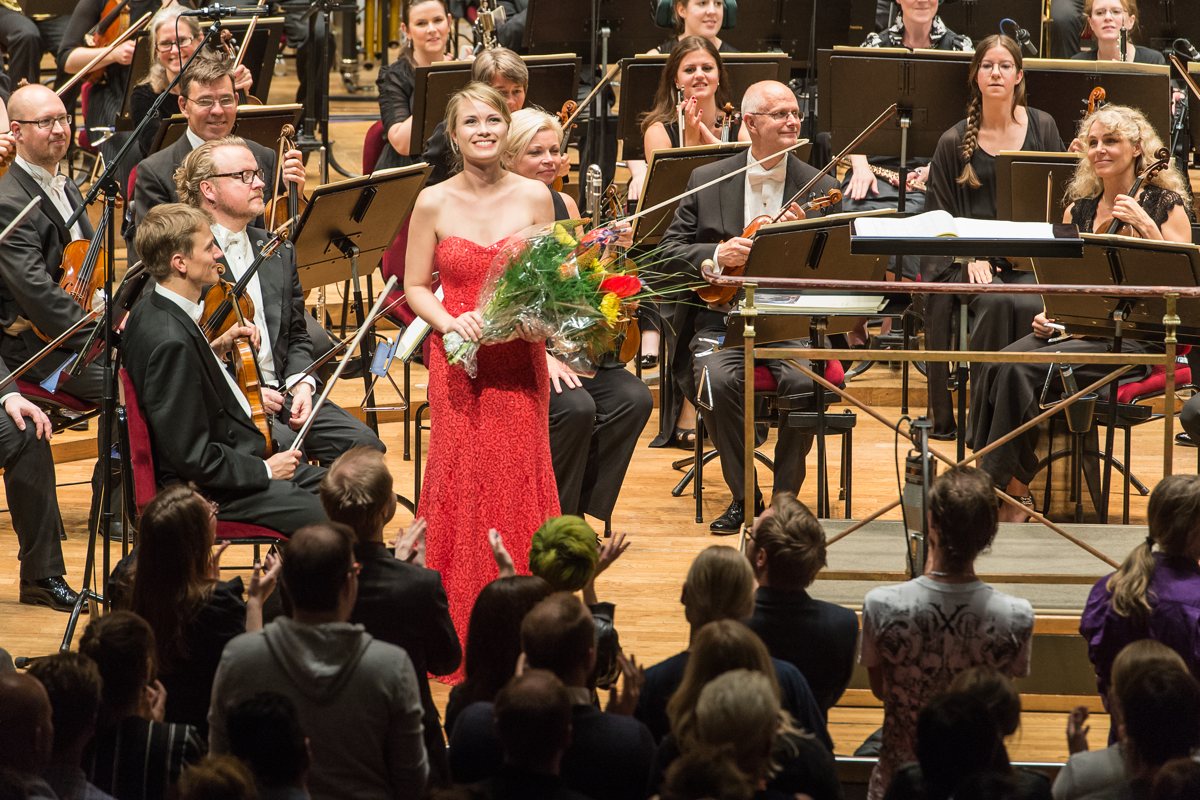 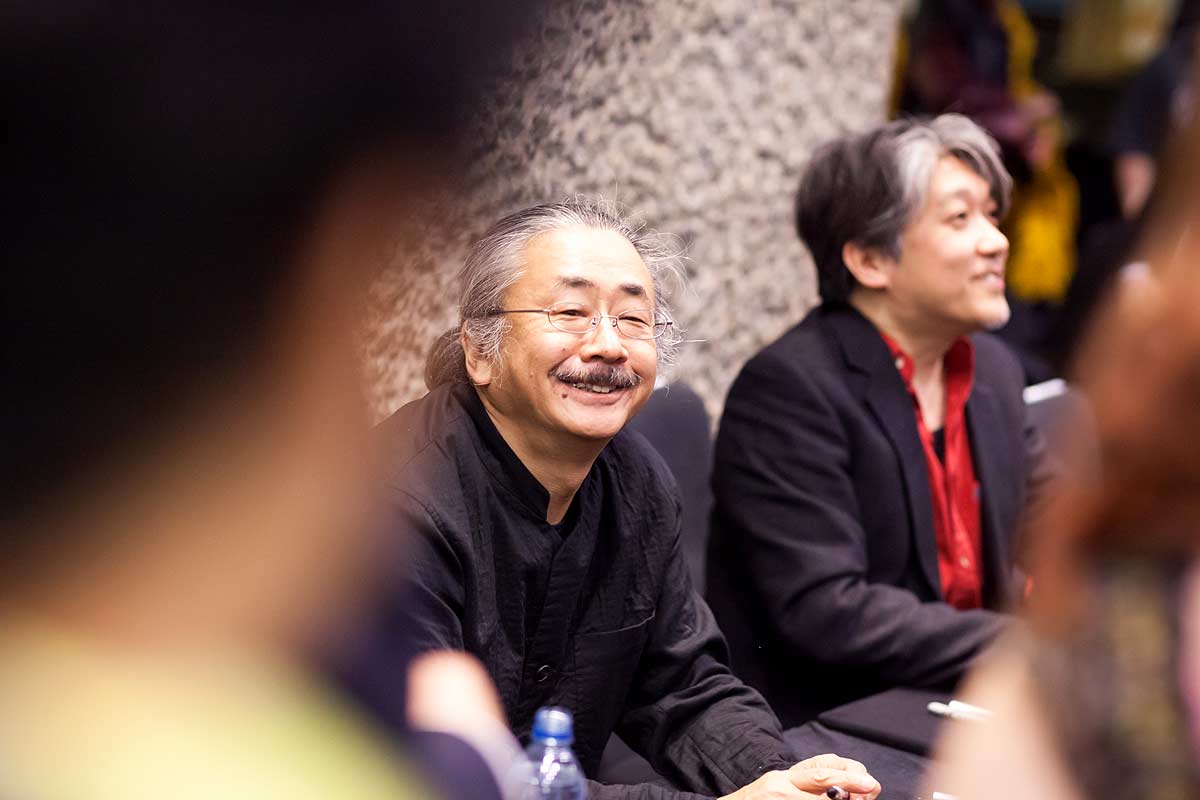 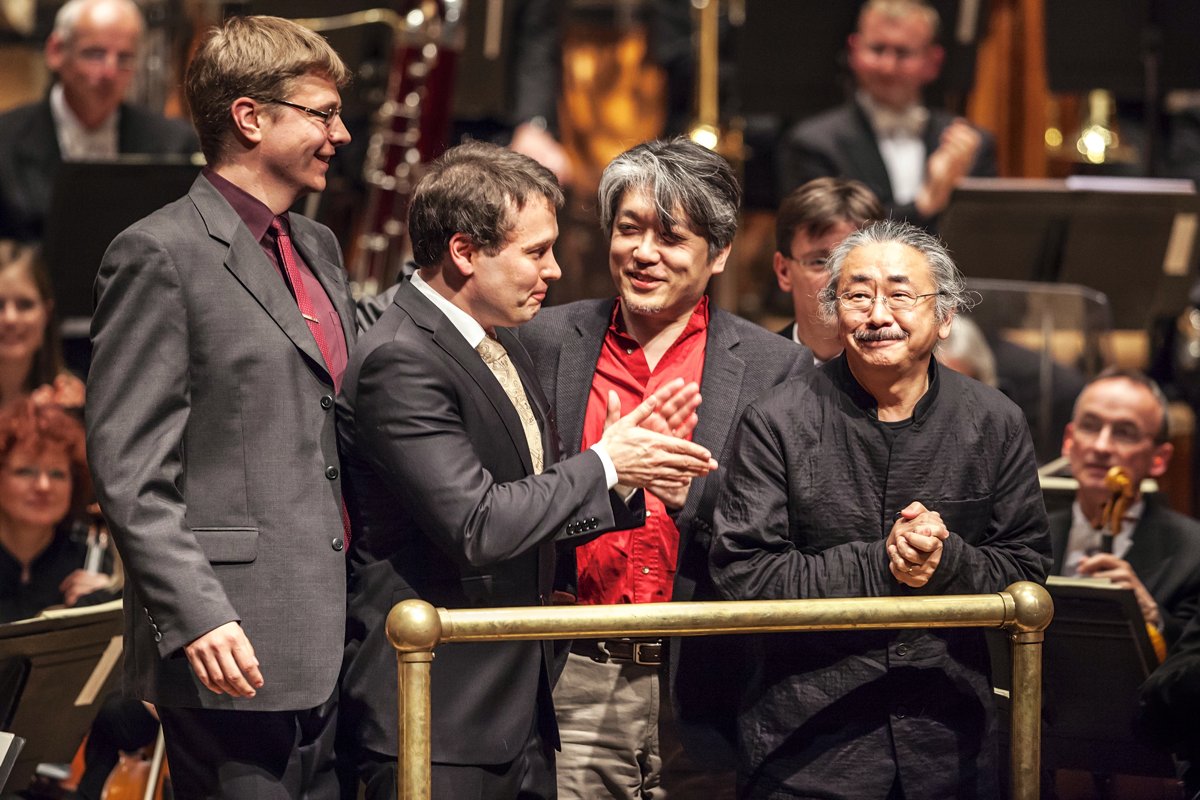 Symphonic Poem: Born with the Gift of Magic

Roger Wanamo, the arranger and orchestrator of this symphonic poem, has a strong connection with this particular part of the FINAL FANTASY-series: “VI was the first FINAL FANTASY game I ever played and I remember being totally swept away by the depth of the story, the intricate characters and not to mention, the stunningly beautiful music. With this arrangement I wish to retell that story as I experienced it.”

The focus of this arrangement is on the journey of Terra Branford, the heroine born with the gift of magic. She has grown up as a slave to the Empire and has been raised to become a weapon of mass destruction. As Terra breaks free from the Emperor’s bonds, she finds that she is unable to recall anything about her past. She sets out on a journey to recover her own identity, and also to find out the source behind her strange powers. In her adventures she also has to save the world from the evil villain Kefka, the emperor’s jester-like court mage.
Roger Wanamo explains: “Over the course of the piece, I examine the different stages of Terra’s life that have made her into the person she is. I also take a more in-depth look at Kefka and his psychopathic personality. Once the final battle is over, and the smoke over the battlefield has cleared, Terra has finally come to grips with her past and may live freely.”

Masashi Hamauzu, the arranger of this piano concerto, is also one of the original composers of the music for the FINAL FANTASY X (alongside Nobuo Uematsu and Junya Nakano). He feels that working on FINAL FANTASY X was something very special: “In this instance I could give more priority to my feelings and sensitivity when composing music than often is the case. Naturally I also had the storyline of the game strongly in my mind, but I also got ideas from the real world outside the creations of the FINAL FANTASY-world.”

Having worked for so long with the FINAL FANTASY-series, Masashi Hamauzu sees it more as a continuum than as a series of separate scenes and stories. His inspiration for the material in this concert is more a reflection of that bigger vision and not so much connected to any certain story-arc or a set of characters. He sees this concert as an opportunity to fulfill his vision of the music even further: “There were a few things I couldn’t express well enough while I was working originally on the music of FINAL FANTASY X, and I feel like I could express those things this time around.”
Hamauzu is also very impressed by the work of Roger Wanamo, the orchestrator of this concerto, “he is one of the best orchestrators in Europe”.

The first movement of the symphony is based on the villain of the game, Sephiroth. Jonne Valtonen, the arranger and orchestrator of this symphony, uses the 3-note motif of Sephiroth throughout the first movement as an element of structural integrity. In the final phase of the movement “The One-Winged Angel” emerges in all its glory, before gradually distorting as all of the earlier themes of the movement are gradually built on top of each other. This distortion is a reflection of the internal chaos Sephiroth is feeling, as he becomes aware of his past. In the end of the movement things slow down. As Sephiroth is reborn, the familiar pulse is heard “in almost spiritual context”, an apt description by Jonne Valtonen.

The second movement of the symphony deals with the themes of love, loss and uncertainty. The hero Cloud is undecided in his feelings towards Aerith and Tifa. The movement begins with “Words Drowned by Fireworks”, a scene in which Cloud goes on a date that ends abruptly. The music moves forward representing the themes of Tifa, Cloud and Aerith - the three themes that are always present, each one featured up front as a main theme at certain phase of the movement. The melodies and motifs from the other themes surface to the foreground whenever there is room available from the current main theme.

“Countdown” is the beginning point of the third movement and it contains material that recurs throughout this movement as a unifying element. The great theme of this movement is that of good versus evil, Cloud versus Sephiroth. This final confrontation is reflected by the sounds of the metallic hits that echo the themes themselves. The themes of different characters are put into the mix as they engage in the battle. Silence emerges after the intense battle and from that silence the lifestream begins to flow, and to grow. And grow it does indeed, as Jonne Valtonen explains: “Actually, spectrally and orchestrally the chords in the end are as loud as physically possible. The sound is huge and overwhelming, much like the lifestream itself.”