Final Symphony II debuted in Germany in August 2015, performed by the Beethoven Orchestra Bonn, conducted by Eckehard Stier. The UK premiere was with the London Symphony Orchestra, which then travelled to Japan for three more concerts with sold-out performances for an audience of 7,000. Nobuo Uematsu and Masashi Hamauzu took on the role of presenters for the programmes in Osaka and Yokohama. Subsequent performances took place in Finland, Sweden and the Netherlands.

The exclusive arrangements for Final Symphony II are by Jonne Valtonen and Roger Wanamo, and a new suite of music from Final Fantasy XIII was written by the original composer Masashi Hamauzu.

Nobuo Uematsu
FINAL FANTASY VIII - Mono no aware
(The Oath | Don't be Afraid | The Landing | Waltz for the Moon etc.)

“I was surprised, moved, cheered up, made to laugh and just blown away by the atmosphere of it all and
the quality of the music making on display from all parties.”
Game Music Online

“The Final Symphony II concert was quite simply one of the best performances of
video game music to have ever been showcased.”
Cube3

“This was one of the best concerts I have ever been to. The London Symphony Orchestra amazed me the third time in a row
and I hope their relationship with Merregnon Studios never ends.”
Blipico

“Everything from start to finish exceeded all expectations and was a pleasure to
watch, listen and be involved in.”
Cubed Gamers

“There are plenty of video game concerts out there these days – it’s become a rather popular niche – but the music
performed at the Final Symphony series always allows it to stand out amongst the crowd
due to the sheer depth of substance offered and quality of arranging on display.”
Final Fantasy Union 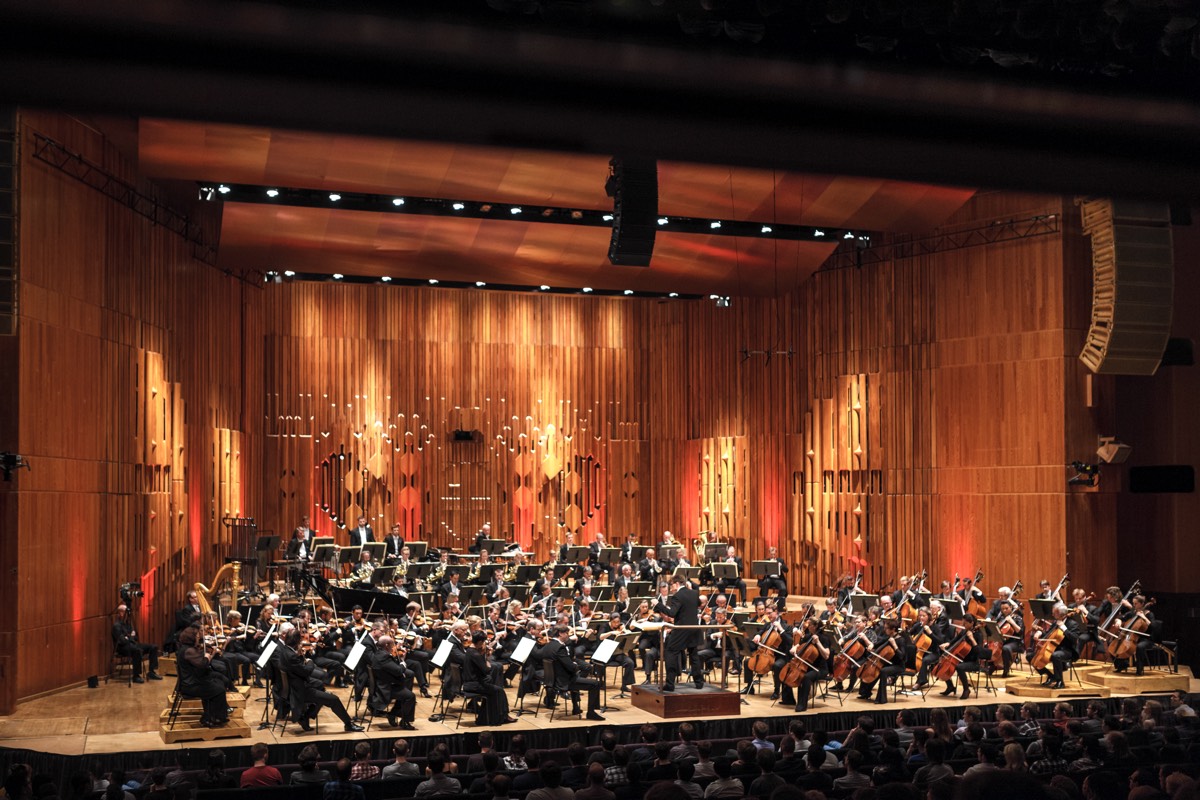 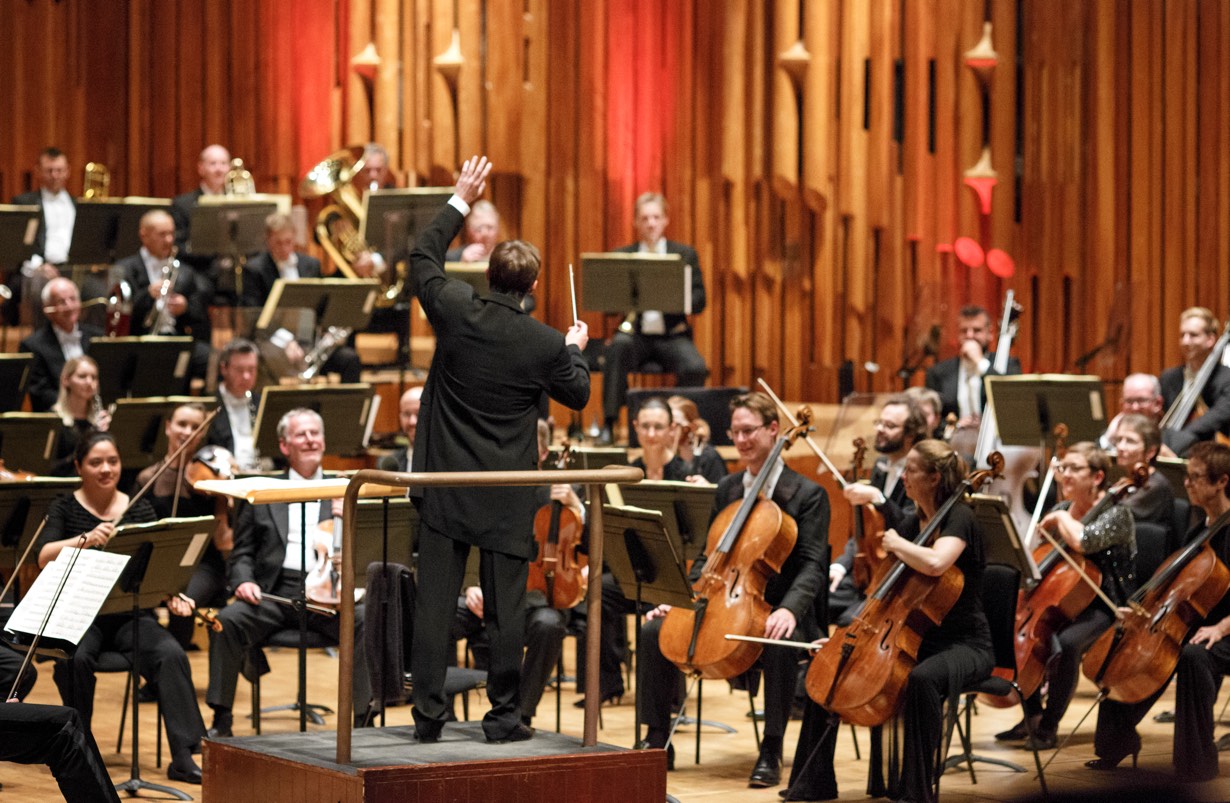 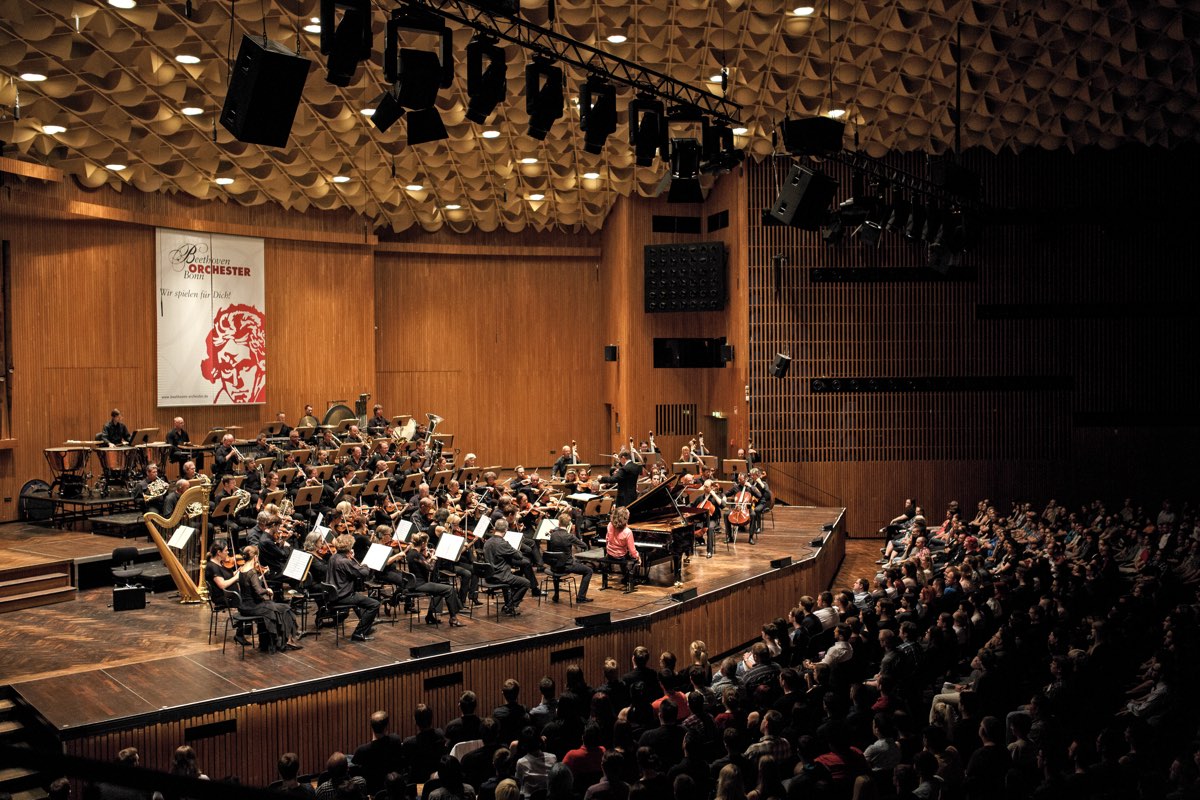 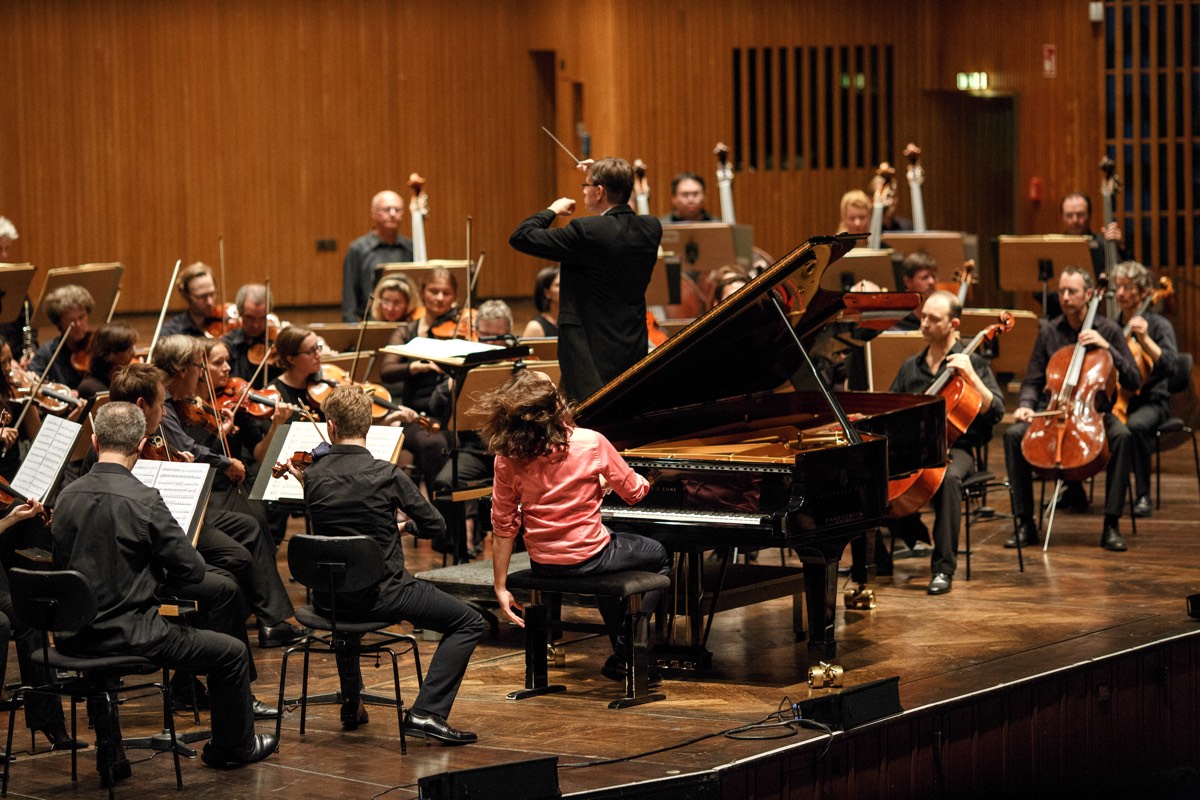 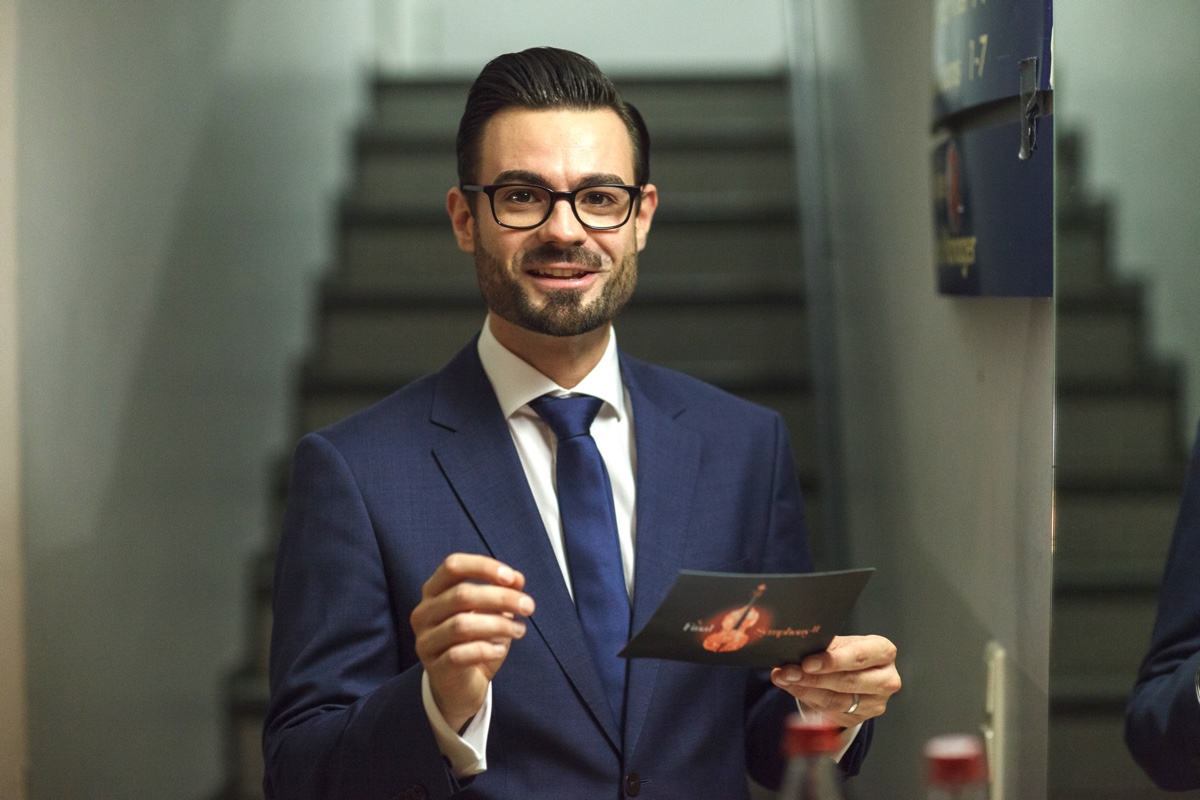 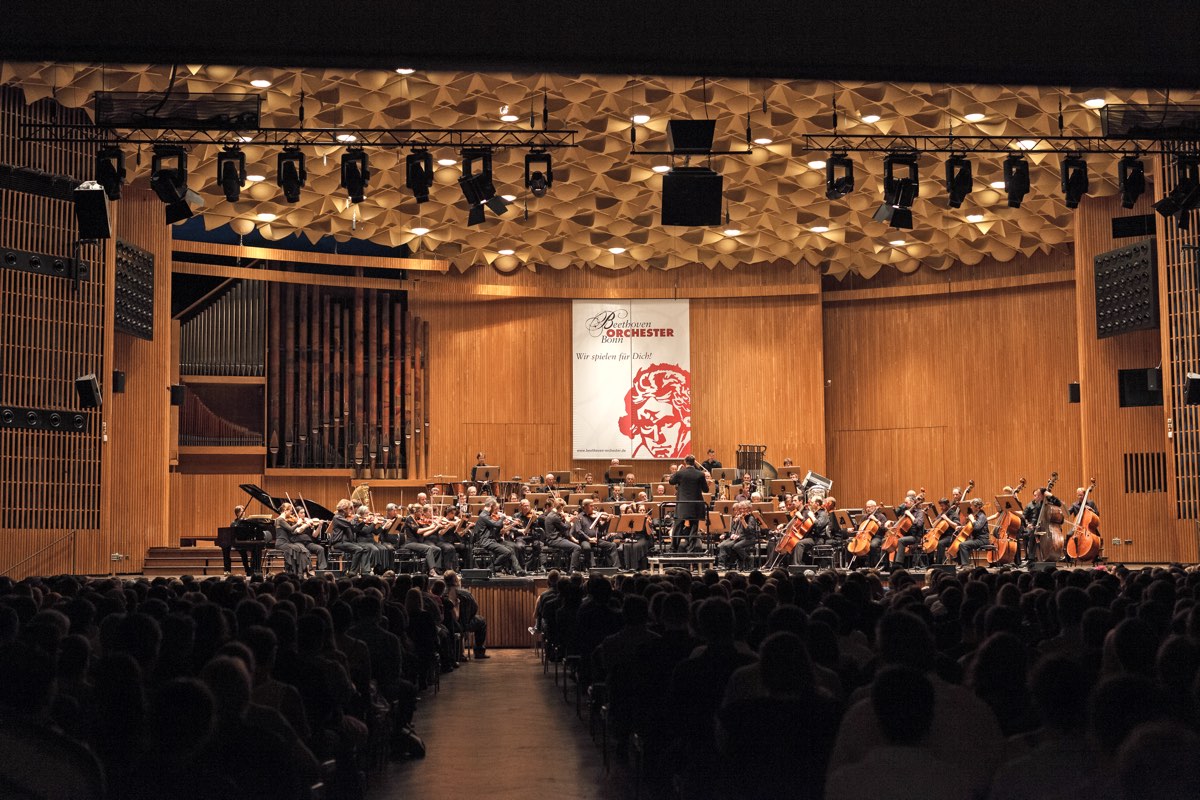 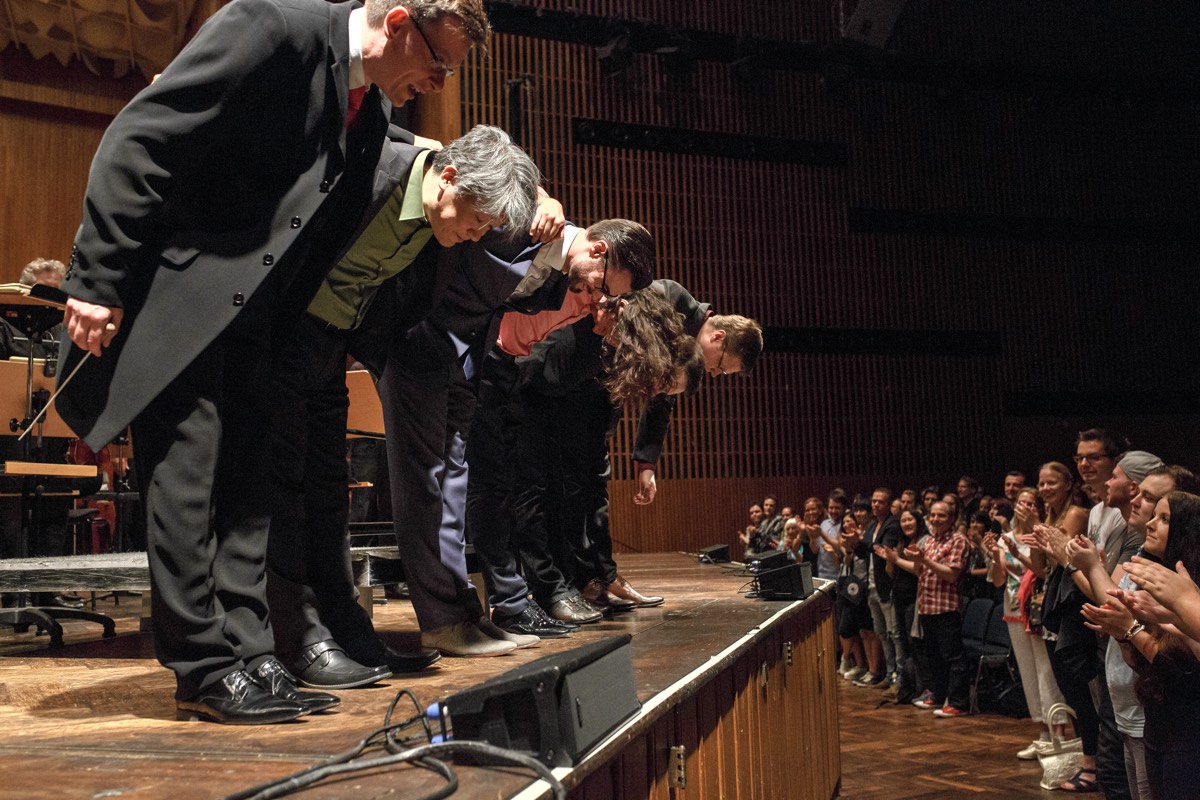 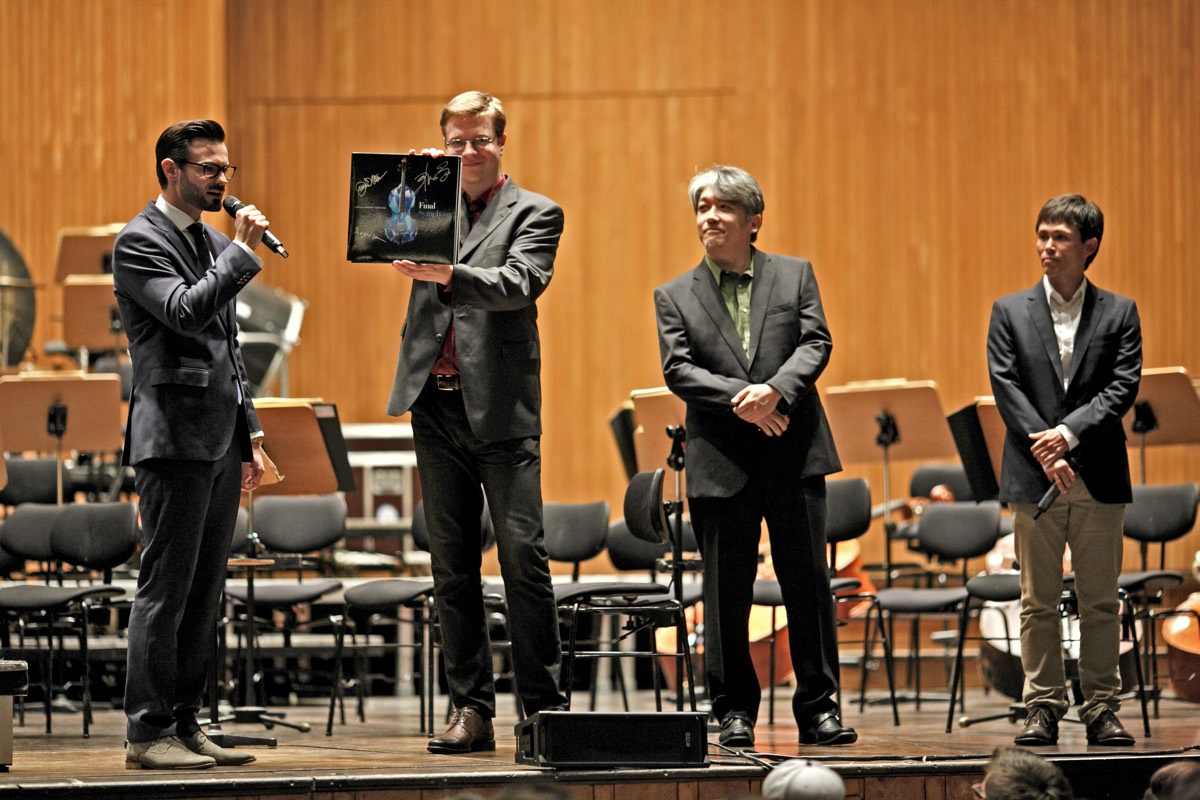 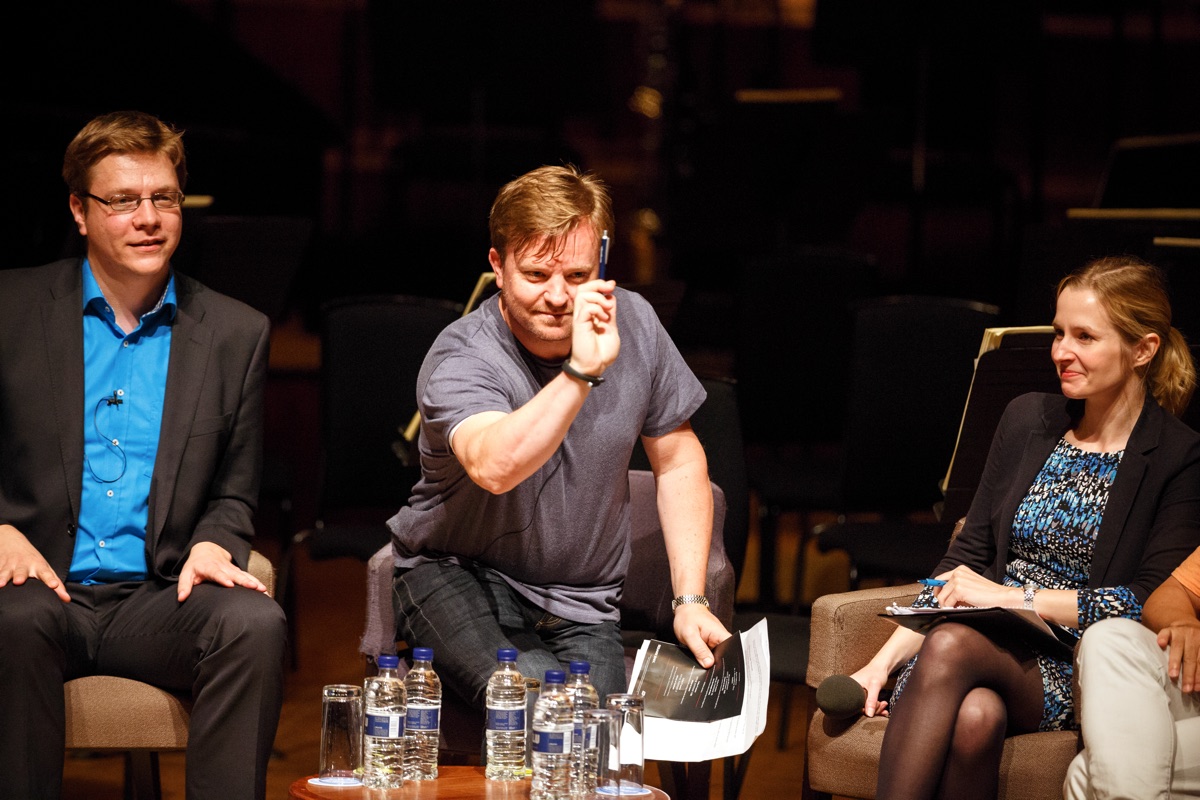 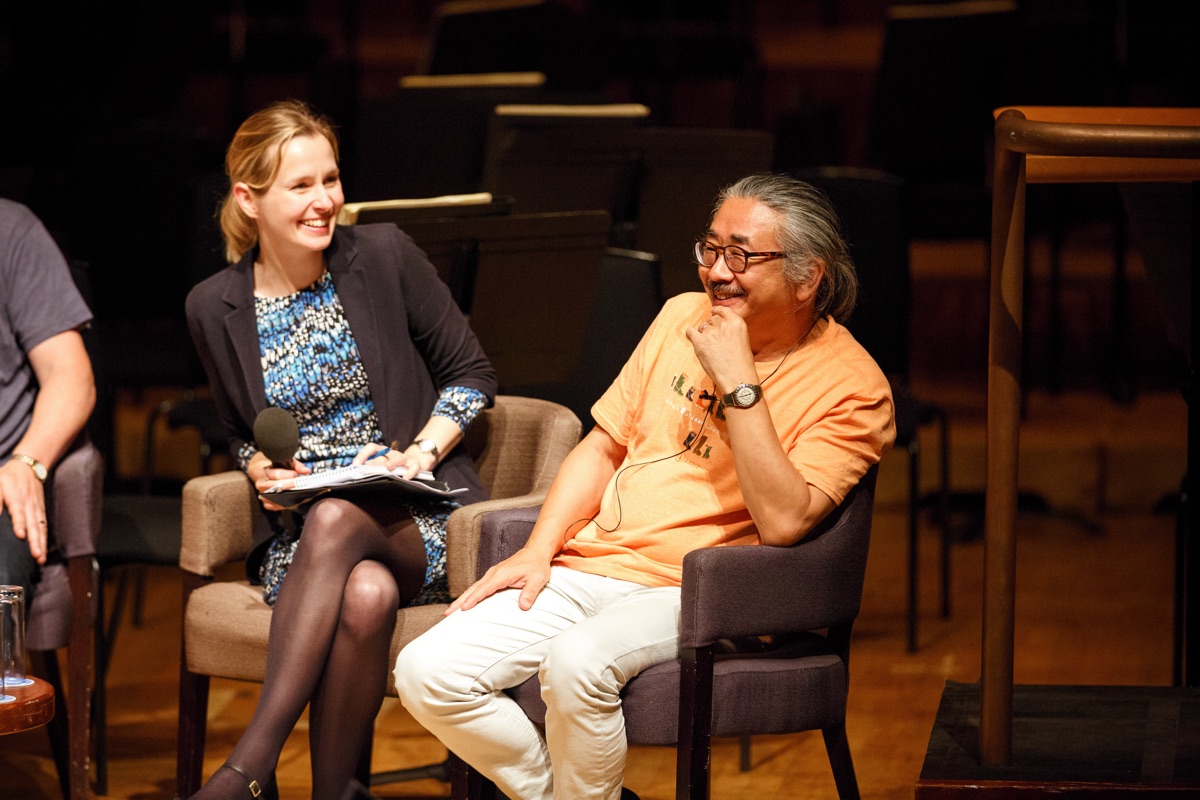 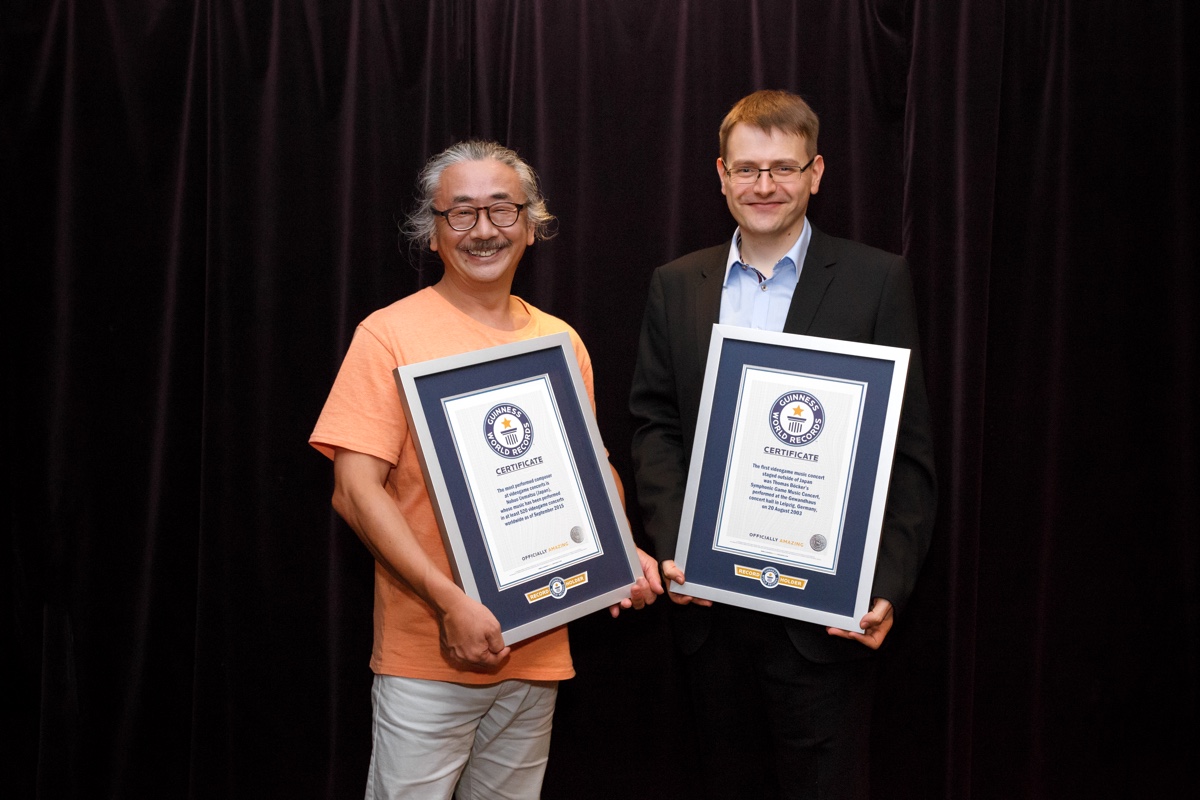 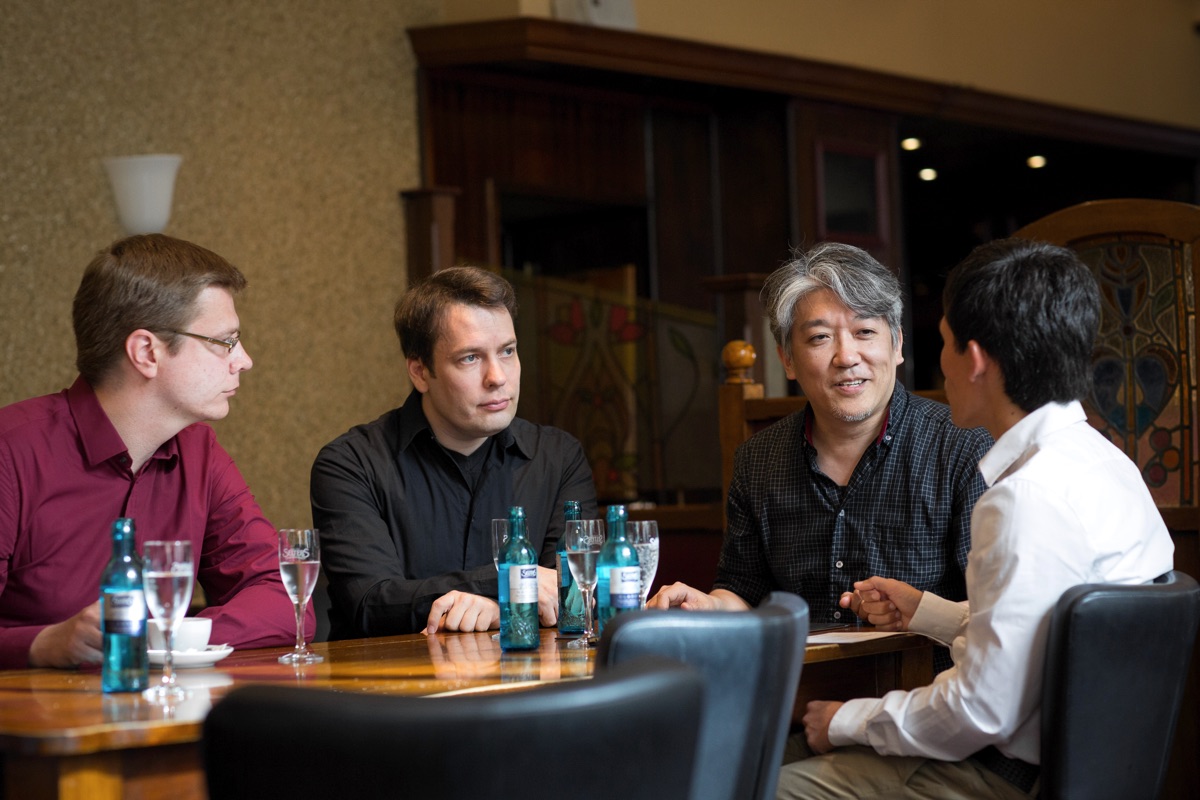 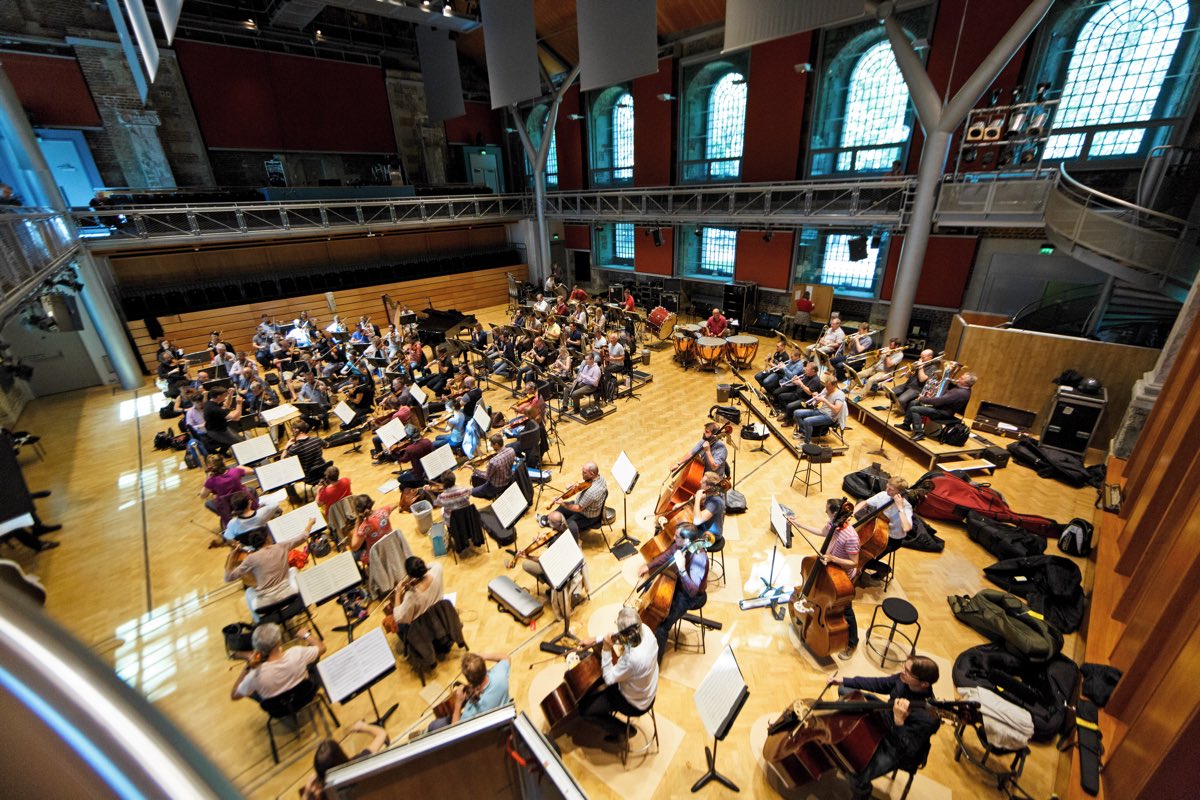 Utopia in the Sky

Jonne Valtonen’s orchestration and partial arrangement of the FINAL FANTASY XIII score is based on an original arrangement by composer Masashi Hamauzu.

Hamauzu remarks that “there were no orchestral versions of FINAL FANTASY XIII tracks that I was really satisfied with and I wanted to create a symphonic arrangement that would be truly ground-breaking. Jonne Valtonen is a highly talented arranger who helped me complete this version. I think we are able to reach a perfected version of the music.” Valtonen adds, “Hamauzu’s jazzy and impressionistic style already gave the music its gentle softness to which I added my own small imprint.”

Hamauzu decided to create an easily understood drama with the most popular songs from the game. The first three songs in this arrangement are Prelude, Vanille’s Theme and Nautilus, all of which are centered on the protagonist Vanille and express a truly beautiful and deep world. Masashi Hamauzu hopes that with these orchestral versions people will pay more attention to the themes: “this is an important thematic element that becomes subconsciously imprinted on the player throughout this long game.” The second half of the arrangement features the dramatic battle refrains of Fang’s Theme, Blinded by Light and Serah’s Promise. Hamauzu explains that he chose Fang’s Theme for the audience to have fun with as it contains both heavy action and also lightness. Blinded by Light and Serah’s Promise are both based on previously incomplete arrangements by Hamauzu.

For the People of Gaia

This concerto for piano and orchestra is Roger Wanamo’s third FINAL FANTASY-related piano orchestration. “At first it felt hard. I wanted to avoid making this too similar to my previous concertos, as I don‘t like repeating myself. However, the music in FINAL FANTASY IX is very different to that of previous games, so I had plenty of new material to work with.”

When he began to familiarize himself with the source material, the inspiration came very quickly: “I only got about five minutes into the game, to the streets of Alexandria. I listened to the music for a few minutes and then I went to the piano to play around with the melody. I realized that this Prokofiev-esque theme was just perfect for piano and orchestra – and this was, of course, the theme of the young mage Vivi.”

While the concerto is in one, single movement, the elements of a traditional four movement concerto are all featured. “After the inspiration I had from Vivi’s Theme, it soon became clear to me that the whole arrangement would have a strong focus on character motifs.” The opening of the piece focuses on the theme of Zidane, a skilled thief, which is very classical in character. The playful Vivi’s Theme functions as a scherzo and it is followed by the slow movement that focuses on the beautiful Princess Garnet. The final part represents the battle refrains and the signature tune of the nefarious sorcerer Kuja. In the final encounter, Kuja’s Theme becomes entwined with both the battle themes and fragments of the heroes’ melodies.

One of the major themes in FINAL FANTASY VIII is the conflict between childhood and adulthood; nostalgia for the past and fear of an uncertain future. Mono no aware, a Japanese term for the awareness of impermanence and also the title of this arrangement, reflects these dimensions of the game. “It felt like there was more melancholy in this game, the power struggle with menacing adversaries, compared to other FINAL FANTASY games I‘ve played. This is a feeling I carried in to the arrangement, which features lots of slow and contemplative parts,” Roger Wanamo explains.

Key to this arrangement are songs that share the same melody, but are presented in very different ways, such as Tell Me with Ami and Eyes on Me with Waltz for the Moon. Wanamo continues, “This is a brilliant showcase of Uematsu’s skill in creating unity within the soundtrack by deriving very distinct pieces from the same melodic material. The piece of music that kept ringing in my head after playing the game was Tell Me/Ami, which also features in SeeD’s - a mercenary force - home base, Balamb Garden. A perfect example of how repetition strengthens the memory.”

The arrangement doesn’t follow the game’s storyline slavishly, but the ending follows a similar pattern. “The ending is calm, with the character themes fading away, leaving it open to interpretations: what exactly happens to the protagonists? It is the same as in the game itself.”

Jonne Valtonen’s arrangement starts with Musica Machina, a theme first heard to represent an ancient base used by the heroes. The wind has disappeared in the world of FINAL FANTASY V, so this place is a source of transportation for the crew, featuring steamships and other vehicles. Valtonen expands on the importance of this theme: “I’m using this as the base for the whole arrangement; the riff from Musica Machina is repeated at various stages throughout. It is the point from which the music jumps forward to other locations and battles. It generates the wind for what is to follow.”

The theme of the young girl Reina is presented with the raising wind behind it as she joins the protagonist Bartz and the other heroes. Together they must travel the world to face X-Death, the villain, for the final confrontation. Seemingly defeated at first, the fight with X-Death recommences as the music of Spreading Grand Wings starts to generate momentum. The arrangement canters through the battle themes before finally reaching the decisive conflict that seals the fate of X-Death. “Things calm down and sorrow seeps in as the party reminisce the dead. The atmosphere soon turns to one of jubilation though, with the group’s joy of victory.”