A brief diary from afar. Our team is travelling to Japan for the two sell-out Final Symphony Tokyo concerts. 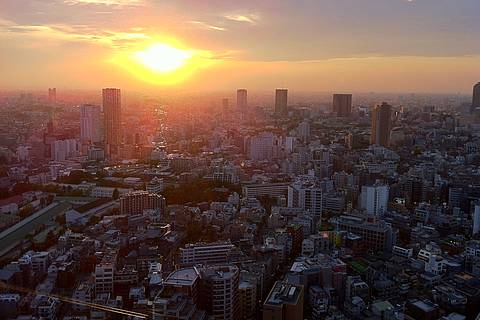 4 May: Triumph! Final Symphony Tokyo is the first video game music concert ever to be greeted with standing ovations in Japan. For cultural reasons, there is a tendency to be rather reserved in the Land of the Rising Sun – but after our event, there is no holding anyone back. We are delighted!
The team is now travelling on directly to Aarhus, where the next Final Symphony performance will take place on 9 May.
(Report: Famitsu review, Dengekionline)
(Photos: After the concerts - with Hiroki Ogawa, Katharina Treutler, Thomas Böcker and Eckehard Stier, Japanese fan).
More pictures can be found in the official photo section of our website.

3 May: Rehearsals have ended successfully! Happy faces everywhere, the music sounds fantastic! The changes made by the arrangers are very exciting. We can hardly wait to present the programme to the Japanese public tomorrow.
(Photos: Rehearsals at Tokyo Opera City, rehearsals, Katharina Treutler and Nobuo Uematsu)

2 May: Rehearsals with the great Tokyo Philharmonic Orchestra. From midday to evening today, the Final Symphony scores have been ringing out for the first time in Japan. Maestro Eckehard Stier is once again rising to the challenge with dedication and a great deal of attention to detail.
(Photos: Rehearsals, Final Fantasy VII Symphony)

1 May: Visit to Square Enix! Today the team is visiting the imposing company headquarters. Feeling very lucky and enjoying the excellent hospitality, you feel at home and gain an insight into the work of the game developers. We would like to say thank you for the invitation!
(Photos: Guests at Square Enix, view from the office, Chocobo!)

30 April: Our wonderful pianist Katharina Treutler arrives in Japan. From the plane directly to piano practice - respect! Discussion about how the concert will run and the official announcement: there will be a new encore, with the world premiere in Tokyo!
(Photo: Katharina Treutler and Eckehard Stier)

29 April: Today is devoted to a few preparations. For example, seven triangles are being organised. What for? Final Fantasy VII, of course! Arranger Jonne Valtonen has taken it upon himself to revise the score, which is already wonderful. But there is also time for excursions into the city.
(Photo: Rainbow Bridge)

28 April: Arrived in Tokyo and checked into the hotel. Now on day one the challenge is: to overcome the jet lag! Or at least try to do so... The friendliness of the Japanese always surprises, even after many visits. In short: a quiet arrival day with delicious food and some pleasant chats.
(Photos: Tokyo Tower welcomes us, evening atmosphere)

Following Final Symphony London’s recent victory in the Outstanding Concert Production category at this year’s Annual Game Music Award, comes the concert’s long-awaited Japanese premiere. On 4 May 2014, the Tokyo Philharmonic Orchestra will play Final Symphony’s outstanding arrangements under the baton of Eckehard Stier, with pianist Katharina Treutler making her video game music debut. More than 4,600 visitors are expected at the Tokyo Bunka Kaikan concert hall; Nobuo Uematsu and Masashi Hamauzu will be present and will talk about their music on stage. Other famous composers that have announced they will be attending include Yoko Shimomura, Hiroki Kikuta and Yuzo Koshiro.