After the resounding success of Final Symphony London, video game music returns to the Barbican Centre on July 13, 2014 with Symphonic Legends London – an exciting new concert performed once again by the famous London Symphony Orchestra. 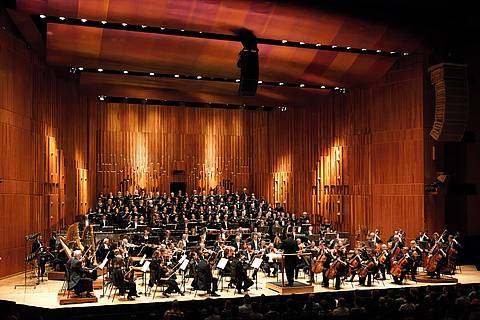 (Over the next few days we’ll be posting news, impressions, glimpses behind the scenes and snapshots from the rehearsals here: you can also keep up-to-date with all the news on Twitter!)

11 July: The team gathers in London, with artists arriving from all over Europe and beyond to become part of the Symphonic Legends experience. It’s fascinating to think how the performances of so many different parties can combine together so seamlessly to create such an exciting concert.
(Photo: Conductor Rasmus Baumann and composer Jonne Valtonen discussing scores)

10 July: This concert looks set to deliver superlatives in all areas. Almost 35kg of paper has been printed out to provide all the scores for the conductor, the orchestra and the choir performing Symphonic Legends. With 200 musicians on stage, it’s certainly no wonder!
(Photo: Percussion part for Symphonic Legends)

Symphonic Legends is a concert featuring music from the Legend of Zelda series, to be performed by the London Symphony Orchestra and the London Symphony Chorus on 13 July 2014. Joining the musicians for the concert will be internationally renowned classical band, Spark.