Final Symphony to make its long awaited US debut 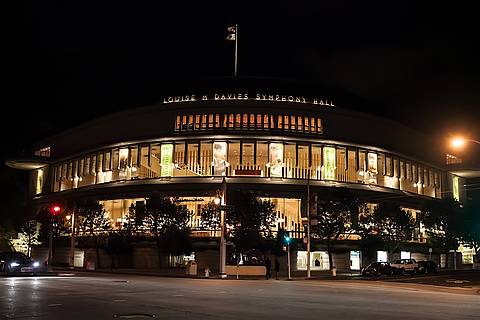 Following sell-out concerts and rave reviews across Europe and Japan, production company Merregnon Studios is delighted to bring the definitive Final Fantasy music event across the Atlantic. Final Symphony takes the celebrated music of composers Nobuo Uematsu and Masashi Hamauzu and reimagines it as fully realized, orchestral suites, including a heart-stirring piano concerto based on Final Fantasy X, arranged by composer Hamauzu himself, and a full, 45-minute symphony based on the music of Final Fantasy VII.

“We’ve been working hard to bring Final Symphony to the US and I’m absolutely delighted that fans there will now be able to see fantastic orchestras perform truly symphonic arrangements of some of Nobuo Uematsu and Masashi Hamauzu’s most beloved themes,” said producer Thomas Böcker. “I’m very excited to see how fans here react to these unique and breathtaking performances. This is the music of Final Fantasy as you’ve never heard it before.”

Also joining will be regular Final Symphony conductor Eckehard Stier and talented pianist Katharina Treutler, who previously stunned listeners with her virtuoso performance on the Final Symphony album, recorded by the world famous London Symphony Orchestra at London’s Abbey Road Studios, and released to huge critical acclaim in February 2015. Described as “one of the best video game music albums ever made,” by leading website VGMOnline.net, it went straight to the top of the iTunes Classical chart in more than ten countries at launch, including the USA, where it was also a top five Classical Album on the Billboard Charts.

Tickets for Final Symphony are on sale now: