Enjoy an exclusive performance of music from Final Fantasy VIII, recorded earlier this year in Stockholm. 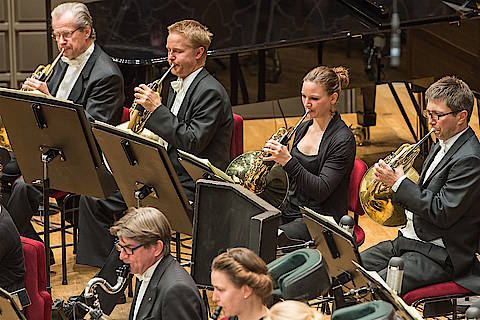 Recorded earlier this year during Final Symphony II at the Stockholm Concert Hall, this new video showcases the Final Fantasy VIII arrangement, Mono no aware, in its entirety and features some of composer Nobuo Uematsu’s most popular themes from the game, including Ami, Waltz for the Moon and Balamb Garden.

As arranger Roger Wanamo explains, “it felt like there was more melancholy in this game compared to other Final Fantasy games I've played. This is a feeling I carried in to the arrangement, which features lots of slow and contemplative parts.”

You can watch the Final Fantasy VIII piece from Final Symphony II now at the official RSPOPlay website.