What a year 2016 has been for us! We’ve seen more Merregnon Studios productions performed than ever before and all over the world too. 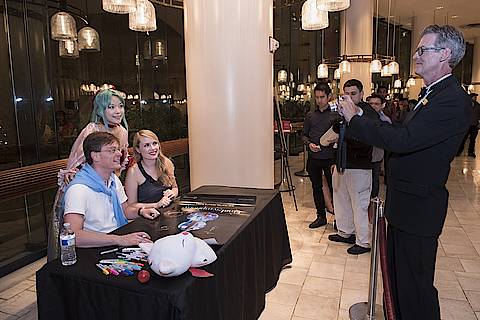 Finland, the Netherlands, Sweden, the US, the UK, New Zealand and Germany - Merregnon Studios has traveled to every corner of the globe this year, with multiple performances of both Final Symphony and Final Symphony II. And that’s something we absolutely plan to continue into the new year, adding new destinations to our schedule and continuing our mission to bring video game music to people everywhere through our wonderful live concerts.

Currently we have five concerts already announced for the coming year, but more and more will be added to the list in the coming weeks and months, starting in February with the performance of a Symphonic Selections programme by the Munich Radio Orchestra (tickets available here).

While it has always been our mission to entertain audiences worldwide, we’re also big supporters of the educational aspect of music. So we are happy to announce our co-operation with the National Youth Orchestra of Saxony for two concerts, in Leipzig and Dresden this April, presenting music from Final Fantasy, Turrican II, Clash of Clans and others (tickets available here).

Last but not least, we are very proud to continue our exceptional relationship with one of the world’s best orchestras, the London Symphony Orchestra. We’ll be heading to Paris in June with them for performances of Symphonic Selections and Symphonic Odysseys, with composer Nobuo Uematsu confirmed as being in attendance! (tickets available here and here).

We wish you all happy holidays and a wonderful 2017! And we look forward to seeing you at our concerts in the new year!