Music from Final Fantasy, Blue Dragon, Lost Odyssey and more to be performed by the world famous London Symphony Orchestra in June 2017! 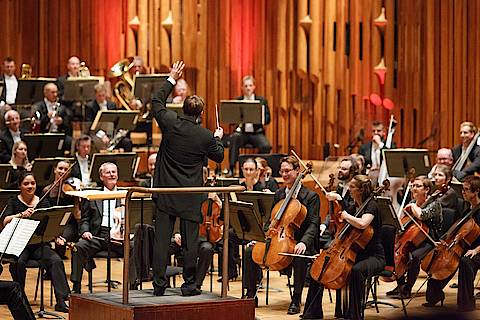 Celebrating the life and work of one of video gaming’s greatest ever composers, Symphonic Odysseys London is the first ever UK concert dedicated solely to the music of Nobuo Uematsu. Featuring breath-taking orchestral arrangements of some of Uematsu-san’s most popular melodies – including themes from Blue Dragon, Lost Odyssey and, of course, Final Fantasy – Symphonic Odysseys London is an unforgettable journey through 30 glorious years of video game music.

As part of the evening, Nobuo Uematsu himself will be there to talk to the audience and answer questions during a special ticketed, pre-concert show. Rightly considered the master of his field, having been recognized as the most popular video game composer in the world for the last five Classic FM Hall of Fame polls, Symphonic Odysseys London is sure to be the ultimate tribute to Nobuo Uematsu.

“Nobuo Uematsu has been a musical hero of mine for many years and it’s both a delight and a pleasure that we can celebrate his work with such an amazing concert in London,” said Symphonic Odysseys London producer, Thomas Böcker. “It’s always great to be back at the Barbican Centre, but I’m particularly excited that Uematsu-san can join us for what will be our 10th concert with the London Symphony Orchestra. Fans will not want to miss hearing Uematsu’s classic compositions, along with some of his less well known, but equally wonderful works too.”

“We’re hugely looking forward to performing Symphonic Odysseys London this summer,” said Gareth Davies, the LSO’s Chairman and Principal Flute. “Having previously played Nobuo Uematsu’s scores to packed concert halls around the world we know just how exciting the music is and how passionate the fans are. It’s always an immense privilege to be part of such a special evening and we look forward to welcoming everyone back to the Barbican.”

Tickets for Symphonic Odysseys London go on sale tomorrow from 10am, and range in price from £30 to £65. Tickets for the pre-concert talk with Nobuo Uematsu will also go on sale at the same time, priced at £10 each. To book tickets please visit the official concert site: TICKETS