Due to unprecedented demand, the Auckland Philharmonia Orchestra has announced a second Final Symphony concert on October 22, 2016. 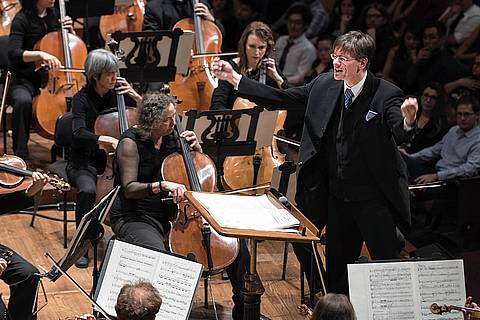 The concerts on October 21 and 22 mark the Australasian premiere of the sell-out world tour, which brings the remarkable score of the Final Fantasy series of video games to life on stage at the Aotea Centre, performed by the Auckland Philharmonia Orchestra. The concerts are supported by Auckland Live.

Final Symphony Producer and Director Thomas Böcker says the addition of a second concert demonstrates the growing popularity of this genre of orchestral music.

“Final Symphony has built the reputation of being the finest example of what video game music has to offer today, thanks to its sophisticated arrangements,” Böcker says. “We are seeing more and more people outside the usual gaming circles coming to these concerts. Likewise, fans of Final Fantasy often express an interest in experiencing other forms of orchestral music after a Final Symphony concert,” he adds.

Composed by Nobuo Uematsu and Masashi Hamauzu, the concert comprises music from Final Fantasy VI, VII and X. It will be conducted by Eckehard Stier, who has conducted sell-out Final Symphony concerts around the world, including the London Symphony Orchestra in the album recording of Final Symphony at Abbey Road Studios. Maestro Stier will be a familiar face to APO concertgoers, as the former Music Director of the orchestra. The concert will also feature acclaimed New Zealand pianist Stephen de Pledge.

Tickets for Final Symphony on October 21 and 22 are $35-$75 and are available from Ticketmaster.