Interview: The man who brought video games to the concert hall

In an interview with website The Spinoff, Thomas Böcker talks about his career as Game Concerts' producer. 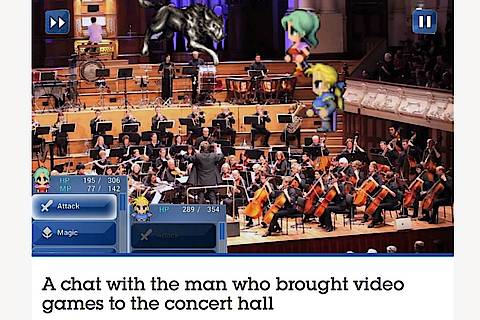 Journalist Eugenia Woo met with producer Thomas Böcker in Auckland, shortly before both performances of Final Symphony by the Auckland Philharmonia Orchestra under Eckehard Stier, to talk about his history in video game music concerts.

In this extensive interview, the producer speaks enthusiastically about his passion for the genre, and his future plans of mixing video game music and classical music in one concert performance. In his opinion, orchestras need to build a bridge between them and the audience. “That’s key – creating content which relates to an audience. Once you do that, you can do more sophisticated arrangements. They’ll listen to it and appreciate it, you just have to show them that you care for what they’re interested in.”

You can read the whole interview, which already received lots of attention, here.