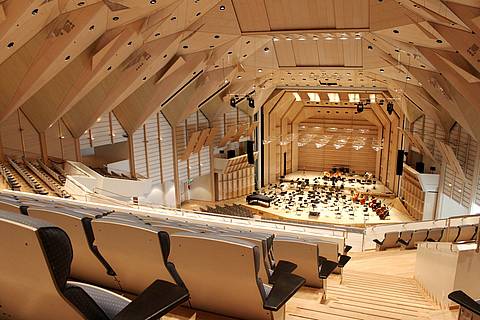 Known around the world for innovating and raising the artistic bar of video game music concerts like no others, leading Finnish arrangers Jonne Valtonen and Roger Wanamo are finally “coming home” this September. With over ten years of incredible musical arrangements between them, Valtonen and Wanamo have built up an enviable reputation for their creative and progressive compositions. However, never before has their home country hosted a concert of the pair’s video game arrangements.

This all changes on 12 September 2014, when the Tampere Philharmonic Orchestra presents Final Symphony Tampere in Jonne Valtonen’s hometown; the city where he and Roger Wanamo first studied classical composition together. Once again under the direction of Eckehard Stier, Final Symphony Tampere will be the orchestra's first concert of music from video games, featuring arrangements from Final Fantasy VI, VII and X. Also performing on the night will be the hugely talented pianist Mischa Cheung, best known for his appearances with the award winning classical band Spark.

Tickets for the event are available at the orchestra's official website: Final Symphony Tampere.