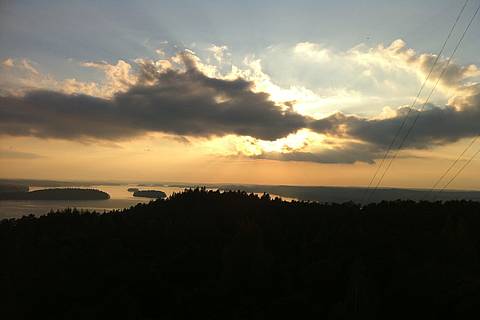 12 September: Cool and reserved, that's how the Finnish audience was described to us. Standing Ovations? Rarely... But as with all our previous concerts Final Symphony was celebrated with rapturous applause - and indeed, standing ovations once more! We say: Kiitos, Finland! It was a great honor.

So what happens with Final Symphony now? Tampere was the last performance of Final Symphony this year but more events are planned. We’ll be announcing our plans for 2015 soon, and without promising too much, fans of video game music can expect nothing but sensational news!

11 September: Exciting times, the concert is imminent! At rehearsals today conductor Eckehard Stier once again led the orchestra with excellence and precession. As always, he needs to maintain the highest levels of concentration for the complex Final Symphony scores.

10 September: One of the reasons Final Symphony Tampere is so special is because, finally, we're able to hold a concert in the home town of arrangers Jonne Valtonen and Roger Wanamo. And to celebrate there was a lovely gathering of the team this evening at a private dinner with wonderful Finnish food!

9 September: First rehearsals began today and both the conductor and the arrangers were thrilled with the quality of the Tampere Philharmonic Orchestra! We also had an employee of Square Enix Japan arrive in Finland, ready to join us in person as preparations for the concert continue tomorrow.
(Photo: Rehearsals for Final Symphony Tampere)

8 September: The interest from the media in Finland is impressive - today arranger Jonne Valtonen was interviewed by the Finnish daily newspaper Aamulehti for an article that will be published on Wednesday. The rehearsals - however - begin tomorrow, and of course we will be reporting here, including exclusive behind-the-scenes photos.

7 September: The tickets are sold out - amazing! That means we'll be greeting nearly 1,800 fans in Tampere for what will be the last performance of Final Symphony this year.

6 September: Preparations for Final Symphony Tampere are complete: the scores have arrived and merchandise from Germany and Japan is on its way. We look forward to welcoming you all to our concert in Finland!

Following sold-out concerts in Germany, England, Japan, Denmark and Sweden, Final Symphony is Merregnon Studios' most successful production to date. Under the direction of conductor Eckehard Stier, the concert features arrangements from Final Fantasy VI, VII and X. Also performing on the night will be pianist Mischa Cheung, best known for his appearances with the award winning classical band Spark.