UK’s leading classical music radio station to air a track from the new London Symphony Orchestra album on its popular Saturday Night at the Movies show. 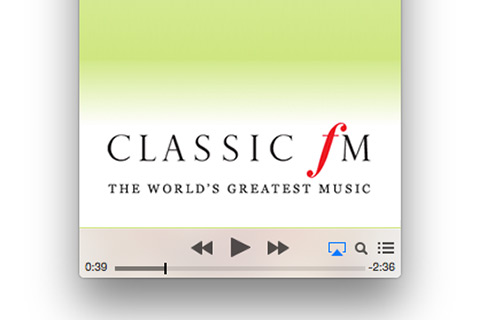 In very exciting news, UK radio station Classic FM, one of the biggest classical music radio stations on the planet, has announced that it will be broadcasting an exclusive world premiere of music from the forthcoming Final Fantasy album, Final Symphony.

Performed by the London Symphony Orchestra at Abbey Road Studios, not far from Classic FM’s London headquarters, Final Symphony will get its premiere broadcast as part of the regular Saturday Night at the Movies show, from 5pm UK time on Saturday, February 21.

Classic FM has been a staunch supporter of symphonic video game music in recent years, broadcasting several shows dedicated to the genre. There are also a number of video game pieces now represented in the station’s annual Hall of Fame countdown, including Nobuo Uematsu’s Final Fantasy scores.
For more information on the show, click here.

Final Symphony will be available Mastered for iTunes from February 23 at a confirmed price of $9.99 / €8.99 / £7.99, as well as other leading digital retailers, including Amazon and Google Music.