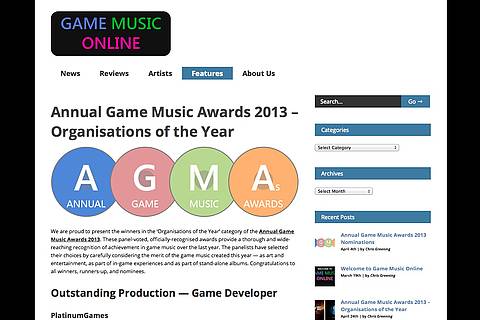 “We are very happy and very grateful to see our work on Final Symphony honoured at the Annual Game Music Awards 2013”, said producer Thomas Böcker. It is the third time in succession that Merregnon Studios has received the prestigious award in the hotly contested Outstanding Production – Concert category.

On 30 May 2013, the world famous London Symphony Orchestra performed its first ever video game music concert at London’s Barbican Centre. With Eckehard Stier as conductor, arrangements of music from Final Fantasy VI, VII and X were performed to a rapturous audience. Also present were composers Nobuo Uematsu and Masashi Hamauzu, who signed autographs for fans, and arrangers Jonne Valtonen and Roger Wanamo, who gave an exclusive introduction to the concert.

Following on from 2013’s Final Symphony performances in Germany and England in 2013, concerts will take place this year in Japan (4 May), in Denmark (9 May) and in Sweden (18 June).