The Royal Northern Sinfonia will also be performing Final Symphony: Music from FINAL FANTASY next year. 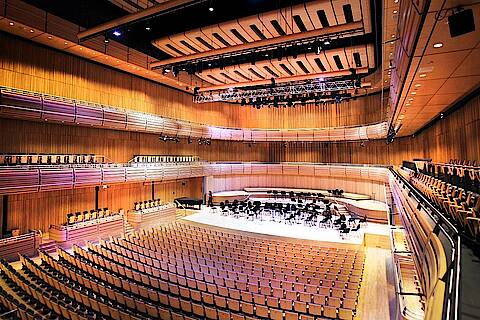 Final Symphony will now also celebrate its 10th anniversary with the Royal Northern Sinfonia next year. The programme of music from FINAL FANTASY VI, VII and X, which premiered in Germany in 2013, will be heard in Gateshead under the baton of Eckehard Stier and with Mischa Cheung at the piano.

Final Symphony features stunning orchestral suites based on the music of FINAL FANTASY VI, VII and X. The 45-minute symphony for FINAL FANTASY VII - undoubtedly the highlight of the concert - is a three movement tour de force that describes moments etched into the collective memory of a generation of PlayStation gamers.

With sold-out concerts around the world, Final Symphony has created a new kind of orchestral concert experience: an experience not only for game fans, but for anyone who loves music interpreted in a unique, artistic way.