Final Symphony and Symphonic Fantasies coming to vinyl and CD 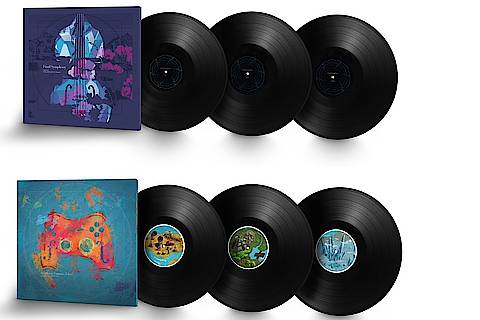 “For me, this album marks the ultimate video game music production,” commented Merregnon Studios’ Thomas Böcker, producer of Final Symphony. “It was an absolute musical privilege to work with the London Symphony Orchestra in the same room as Nobuo Uematsu at Abbey Road Studios. This album showcases video game music at its very highest quality.”

“It is always an honour to hear my work being performed live on stage, but in bringing Final Symphony to Abbey Road Studios I hope that many more people will now be able to enjoy the outstanding arrangements that Merregnon Studios has become famous for,” said Final Fantasy composer Nobuo Uematsu.

Originally performed in 2012, Symphonic Fantasies Tokyo was the first all-European video game concert production to take place in Japan. More than 4600 fans were in attendance, and the concerts sold out within days. Fresh off the back of a sold-out concert at London’s Barbican, Symphonic Fantasies Tokyo is a tour de force of orchestral composition and performance, conducted by Eckehard Stier, with exclusive arrangements by Merregnon Studios’ Jonne Valtonen and Roger Wanamo. The album has been newly mastered specially for vinyl at Abbey Road Studios, ensuring it will be the ultimate experience for Japanese RPG fans.