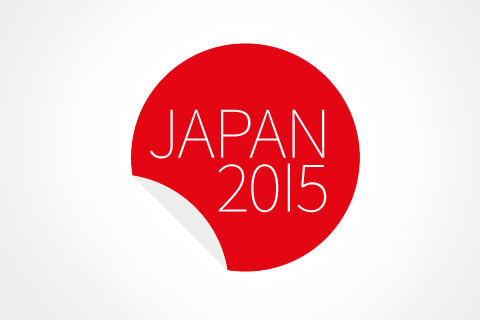 In what will be a landmark first for video game music, the world famous London Symphony Orchestra will perform the Japanese premiere of the hugely anticipated Final Fantasy concert programme, Final Symphony II, on September 27 in Osaka. This will be the first time a non-Japanese orchestra has ever performed a video game concert in what is widely considered video game music’s spiritual home country.

As part of an ongoing tour of the Far East, the LSO will perform Final Symphony II three times, twice at the Yokohama Minato Mirai Hall on October 4, as well as the Japanese premiere at the Festival Hall Osaka on September 27, in a programme that showcases new arrangements of some of Nobuo Uematsu’s most treasured themes from Final Fantasy V, VIII and IX, as well as a new suite of music from Final Fantasy XIII, arranged by the original composer, Masashi Hamauzu.

The unprecedented concerts follow Final Symphony II’s world premiere in Bonn on August 29, and the LSO’s own sold-out performance at the London Barbican on September 12. The Japanese concerts are being promoted by KAJIMOTO, one of the country’s leading classical music management companies. KAJIMOTO has a rich history of inviting the LSO and other professional musicians to perform in Japan, having previously worked with some of the world’s leading orchestras, including the Berlin Philharmonic, Concertgebouw Orchestra Amsterdam and New York Philharmonic.

Both composers, Uematsu and Hamauzu, will be present at each concert and will appear on stage to talk to the audience about their work. The three concerts will be conducted by Eckehard Stier, who previously worked on the first Final Symphony tour and hit studio album recording, and feature the award-winning, young pianist Mischa Cheung.

“To have Final Symphony II become the first video game concert ever to be performed by a foreign orchestra on Japanese soil is a huge honour,” said Merregnon Studios producer and creator of the Final Symphony concert series, Thomas Böcker. “As the home of both video game music and Final Fantasy, to come here with a non-Japanese ensemble would have been unthinkable several years ago, but I’m very excited to be working with KAJIMOTO on changing this. Being able to bring the wonderful London Symphony Orchestra to Japan, one of the greatest orchestras in the world, to play the music of Uematsu and Hamauzu just shows how relevant and respected the video game music genre is becoming. I couldn’t be happier for myself and our talented arrangers, Jonne Valtonen and Roger Wanamo.”

“Working with Thomas and the team at Merregnon Studios is always a fantastic experience, and to go from our sold out Final Symphony II concert in London to the Japanese premier in the same month will be very exciting,” said the LSO’s Principal Flute, Gareth Davies. “The LSO always enjoys its tours to Japan, and are all really looking forward to seeing the audience’s reaction to this music which we all find such a pleasure to play.”

These performances of Final Symphony II mark the third concert collaboration between the London Symphony Orchestra and Merregnon Studios, the original Final Symphony having been the orchestra’s first ever live performance of video game music in 2013. The LSO also performed on Final Symphony the album, which was recorded at London’s Abbey Road Studios and released digitally, around the world, earlier this year. Described as “one of the best video game music albums ever made,” by leading website VGMOnline.net, it went straight to the top of the iTunes Classical chart in more than ten countries at launch, including the UK, USA, Canada, France and Sweden, while also racking up top five Classical Album positions in both the Billboard and Official UK Charts.

Tickets for the Final Symphony II Japanese tour go on sale from June 11 and further details on the ticket application process can be found at KAJIMOTO’s official site.