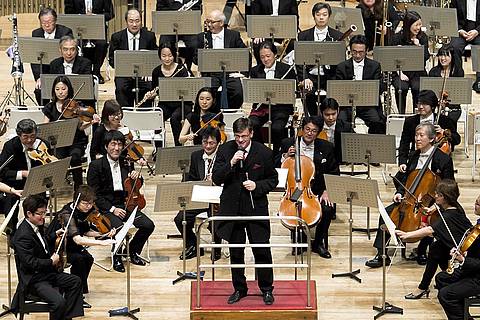 Final Symphony II is nearly here, and there’s been plenty of speculation surrounding which tracks arrangers Jonne Valtonen and Roger Wanamo will use from Final Fantasy V, VIII, IX and XIII for the programme.

Well the speculation is over as RPGsite.net has today exclusively revealed the concert program in full. Commencing with a brand new, original overture from Jonne Valtonen, followed by four, 15-20 minute arrangements – one for each game covered by the concert – the program boasts many of Nobuo Uematsu and Masashi Hamauzu’s most-treasured themes, including Blinded by Light, Festival of the Hunt, Waltz for the Moon and Reina’s Theme, to name a few.

The full track listing is below, although there will be plenty more surprises to listen out for when the concert rolls into Bonn, London, Osaka and Yokohama in the coming months – for more details on the Final Symphony II concert visit our dedicated page here.