Music from Final Fantasy, Kingdom Hearts, Chrono Trigger/Chrono Cross and Secret of Mana to be performed by the world famous London Symphony Orchestra in October 2016. 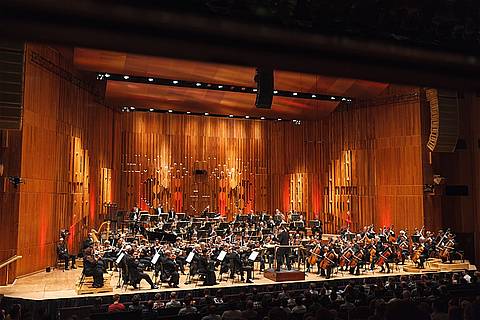 Also joining fans, as special guest for the night, is Kingdom Hearts composer Yoko Shimomura, who’ll appear on stage for a special ticketed, pre-concert talk. Here she’ll talk about her long and highly successful career in video game music, as well as take questions from the audience in what will be an entertaining and informative evening.

“It’s so exciting to be back at the Barbican with the LSO for another epic video game concert performance,” said Symphonic Fantasies London producer, Thomas Böcker. “Following the success of Final Symphony I & II and Symphonic Legends London, this venue feels like a second home to me and I’m so pleased to finally be able to bring Symphonic Fantasies to a UK audience. I’m incredibly proud of the work my team put into these arrangements and I’m sure you will be blown away when you hear the LSO perform them live.”

“Video game music concerts are something we always look forward to working on,” said Gareth Davies, the LSO’s Principal Flute. “Not only is the music incredibly well written and challenging to perform, which makes it a delight to play, but the reaction from the fans is always amazing. We love performing to such attentive and appreciative audiences and can’t wait to share the wonderful music of Symphonic Fantasies London with you all next year.”

Tickets for Symphonic Fantasies London go on sale tomorrow, December 11th, from 10am, and range in price from £30 to £65. Tickets for the pre-concert talk with Yoko Shimomura will also go on sale at the same time, priced at £10 each. To book tickets please visit the official concert site.